I was invited in a fishing tournament this weekend (JB’s Fishing Depot and Square Tails – Picton Walleye Challenge) by a fellow fisherman by the name of Mike Snow. I was pretty excited to go because it was a walleye tournament, and walleye was the first type of fish I went after when I was young (around 5 years old). My biggest walleye (and fish) before Sunday was 8 and a half pounds – which I caught in the Kiwanis Walleye World derby in spring of 2008. I was estatic then, so my goal was to catch something bigger than that (someday!) Mike assured me this would happen. He is a professional charter fisherman, and he definitely knows what he is doing! Watching him is pretty interesting in itself.. he is definitely in his element out on the water.

As a bass fisherlady, I know little about walleye fishing. It is so different compared to casting and reeling in, or flipping and pitching. We trolled the entire time, and had a line out for each person in the boat (which was 4). Mike had lines set all at different depths, and he would be constantly checking lines, and changing crankbaits until he found a colour that would work, and also checking the fish finder to see how deep the fish were so he could aim for them.

On day 1, it was cold, windy and very wavy out there. It was a long day, but none the less awesome to be out on the water. We got a few bites but nothing came into the boat, and it was a tough day for many others too. A cold front had just come in the day before, as well as a full moon, so this is when it is very tough to locate active fish. Those kind of days are discouraging, but I feel they are needed. You can’t appreciate the good days until you’ve had a few bad ones 🙂

Day 2 started off chilly, but the sun came out early. I felt more confidence with the better weather. At around 8:30am we had our first bite.. and it was JUST what we needed!! I got to reel in what I thought was about a 12 pound walleye. I was so estatic the moment I saw it.. the biggest one I had ever seen in person, let alone caught! I could not stop smiling!! We took some photos with our fish, and then set off to try and upgrade to a bigger one. In this tournament, it was 1 fish per team.

We caught a couple other fish during the day, took some photos and released them quickly as they were not bigger than our first fish. It ended up being a beautiful day, I took off like 6 layers and was down to a t-shirt, it was so nice out!

We weighed in after 3pm, and ended up winning on day 2 with a 15.2 POUND WALLEYE!!! I was so happy when they read the scale – still can’t believe it! My biggest walleye and biggest fish ever! It turns out, this tournament has been running for 7 years, and this was the biggest fish ever weighed -in at it!!

Thank you Mike, for such an awesome experience and the fish of a lifetime!

FIRST BITE AROUND 8:20AM 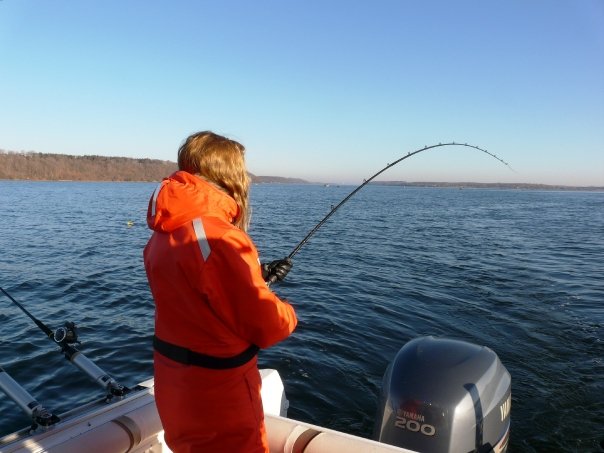 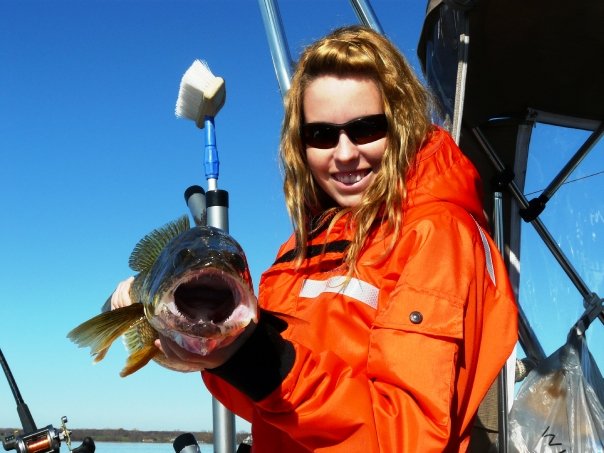 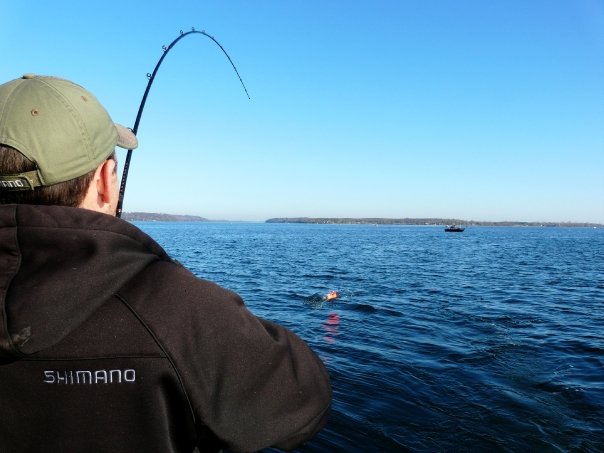 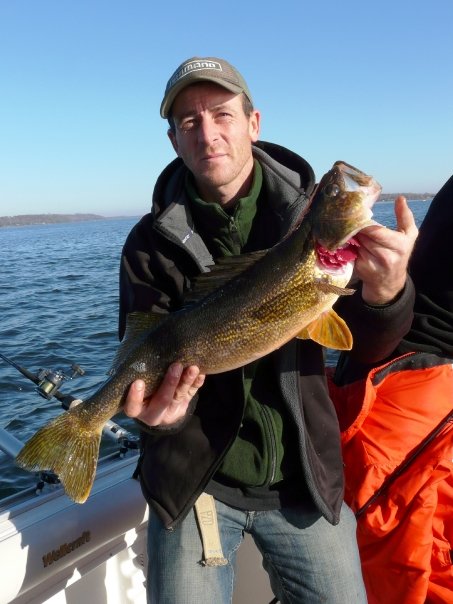 BACK AT THE DOCK 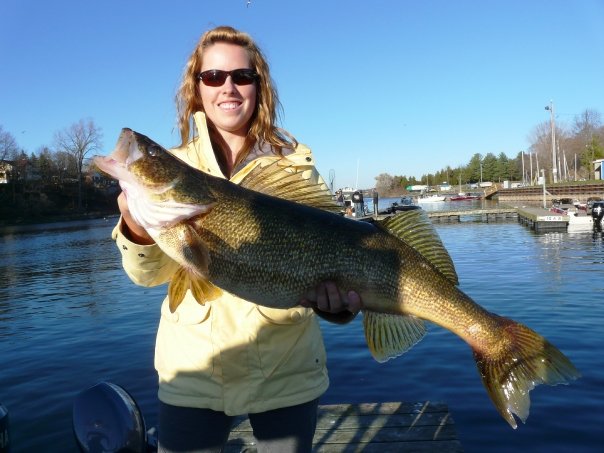 MIKE AND I WITH THE MONSTER 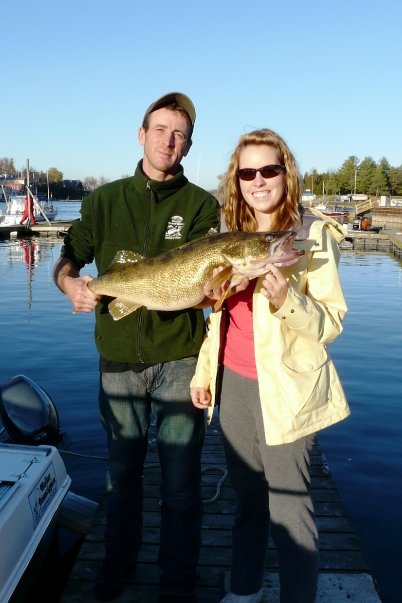