Since I have been lacking bass coverage, here goes.

Opening day:  Our first tournament was held on opening day and it seemed like it took forever to arrive! For those of you that are unaware; I live in Ontario, Canada and bass season opened on June 26th this year. I fish in a local Bassmasters club in which we have tournaments throughout the season.

The first tournament was held out of Picton and the fishing was rather tough! It started off alright, but the fish seemed to shut down when it rained from 10:30am until around 3pm, it was a wet one! Here is a quick video one of the members took of me releasing our fish. We caught 13+ pounds of largemouth and finished 7th place.

Smallie fishin’:  I was out yesterday with a friend/club member on Sydenham Lake which has become my favourite. I love the size of the lake, that I am able to fish from a canoe since I do not own a boat yet, and the fact that it holds smallmouth, largemouth and pike too! I’ve actually caught a few crappie on there lately as well!


Here are some shots from yesterday: 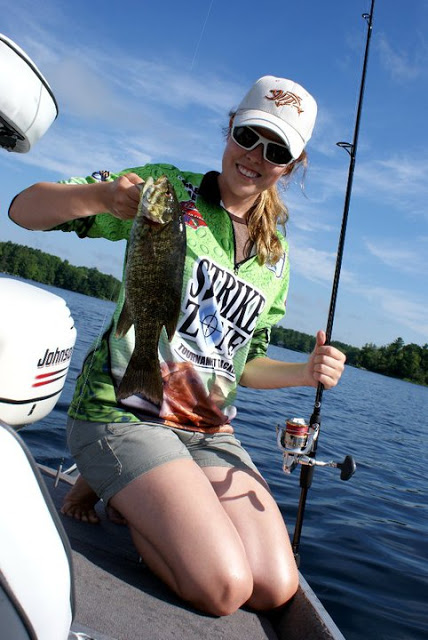 Smallies are loving the slammers and so am I! 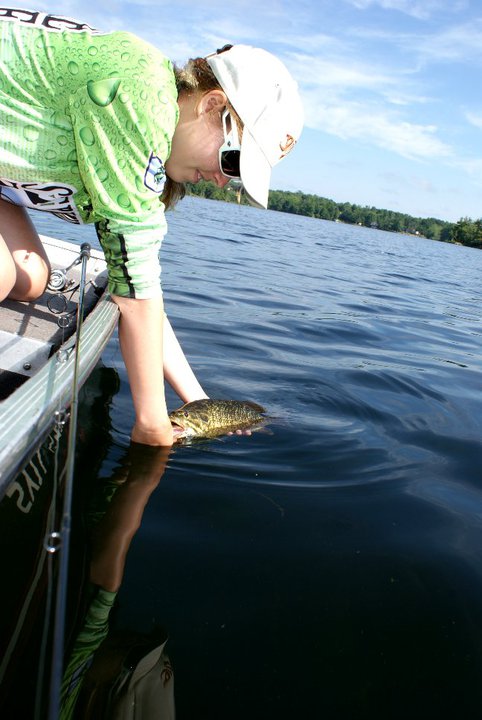 More to come, thanks for stopping by!