Wednesday, July 21, 2010
The Pre-fish:  For most events, and especially big tournaments like the Kingston Canadian Open of Fishing – anyone who can get out beforehand and pre-fish will do so. Pre-fishing is pretty much creating a game plan, locating fish and eliminating spots where there are no fish. It is a real time saver and I really admire all the pros that were able to get out and do all the research for this event. It sounds much easier than it is! I was very fortune to get out with Mark Kulik for a day of pre-fishing and had a blast doing so! Mark is the creator of Strike Zone Tournament Baits and a pro drop-shotter! I began using drop shots last year and have learned so much about the technique, but going out and using them with Mark was a great experience! He made them, so he definitely knows how to use them! We caught a few smallies in the 2.5-3 pound range and saw some nice bigger ones as well! We did not want to hook the big ones because we needed to leave them unharmed for the tournament in hopes of catching them! Mark was a lot of fun to fish with. We had been talking about getting out fishing together for a long time and I am happy I finally had the chance! Thank you Mark! 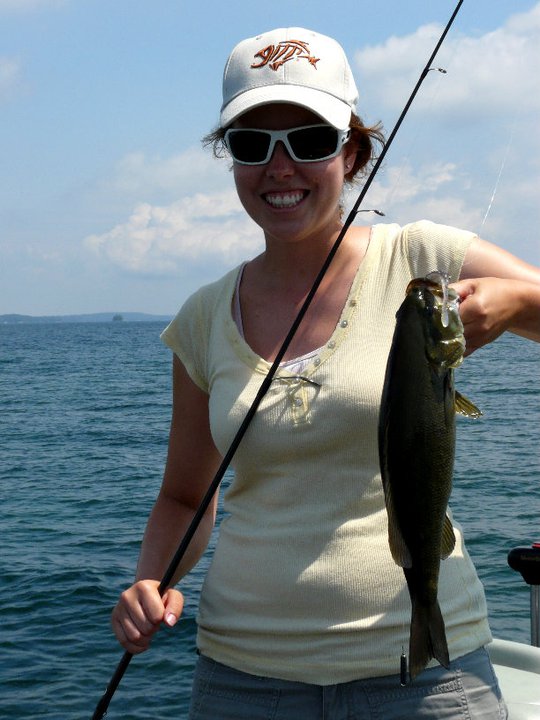 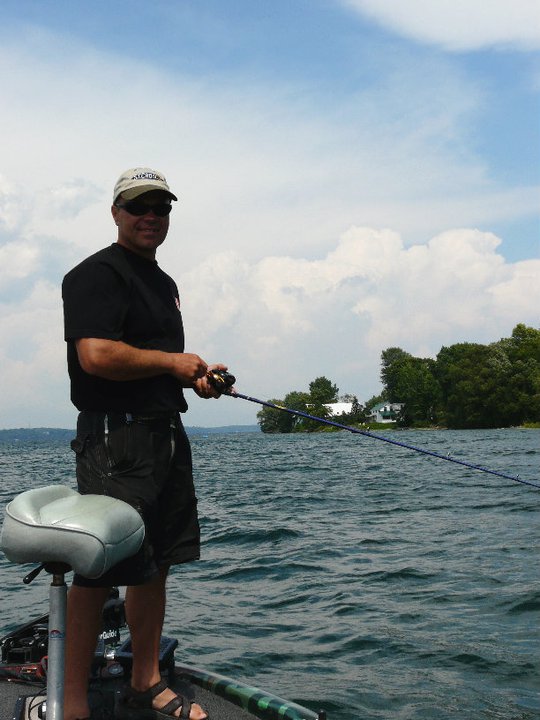 Following the pre-fish, there was a meeting prior to the tournament. All the anglers met at Days Inn in Kingston, and we found out our partners for the 3 day event, went over tournament rules and how things would go down. Although I was only at the meeting for a short time, I really enjoyed it. With technology the way it is, and things like Facebook – I have so many anglers that I have communicated with, yet had not met in person. I was able to put a few names to faces and had a fun time!

Thursday, July 22, 2010
Day 1:  My partner drawn was Paul Shibata, lucky me! Paul is hands down one of the most intelligent people I’ve met. He is the National Spokesperson for G Loomis and is also a Biologist. A very technical angler and I felt very fortunate to have fished with him for a day! We caught smallies and largies. The bite was pretty tough but we managed fish. Paul did a great job and I learned a lot watching the techniques he used. You never stop learning when it comes to fishing. Thank you Paul! 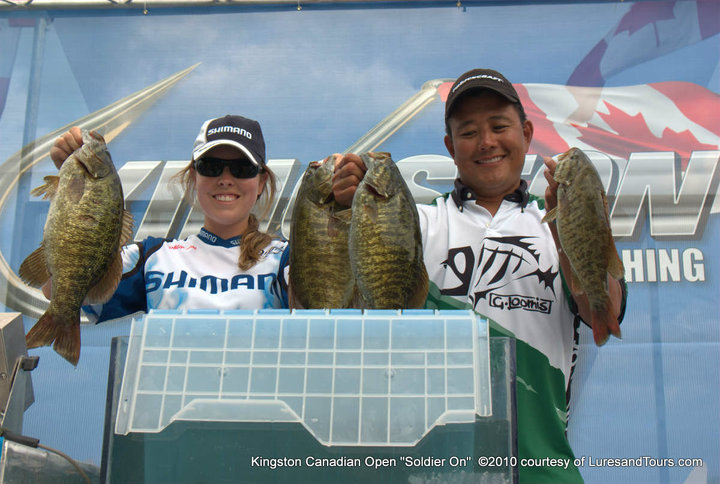 Friday, July 23, 2010
Day 2: My partner for the day was Tom Tarasoff, a local angler who does a lot of tournament fishing in New York. We tried to head out to big water, but the weather was a little too extreme so we weren’t able to make the long haul. We did however have a blast fishing for smallies in the morning, then moved on to largemouth in the afternoon. I had a lot of fun fishing with Tom, and although there was a lot on the line for this tournament, we did have a lot of fun and I felt relaxed yet focused! Our fishing style was similar too, so I felt right at home! Thank you Tom! 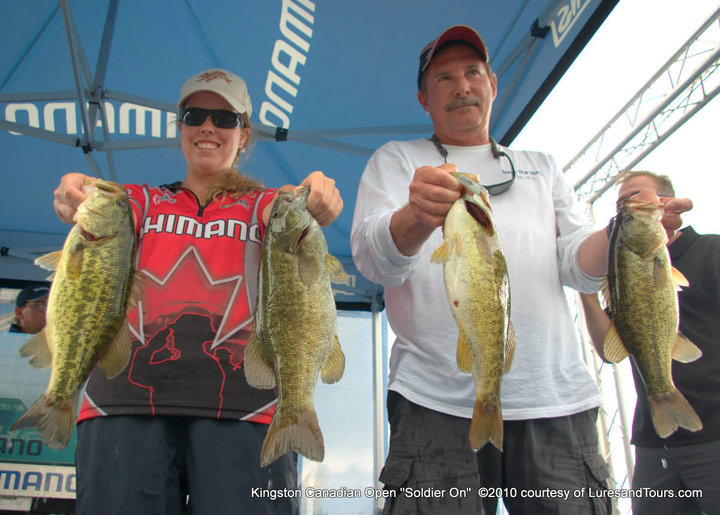 Saturday, July 24, 2010.
On Friday night I received the unfortunate news that my partner for the final day was unable to fish. He had a major motor issue on Day 2, and was lucky to get back in to shore, so I am thankful for that. Although I didn’t fish, I showed up to the weigh-in to cheer on the rest of the anglers. It’s no easy task spending 3 days on the water, especially getting beat down on by wind and rain and sun too! It’s a lot of fun to watch the weigh-in and hear everyone’s story about their day. I will absolutely be fishing another Pro-Am when I get the chance!

I just need to post a very special thank you to a few people, and tell you about why. At the end of Day 1, while in the park where the event was held, my tackle bag was stolen as it was accidentally left out of my sight for what was less than 5 minutes. As you can imagine it was pretty heartbreaking, and stressful especially with 2 more days left to fish. I called the tournament director to see if it had been turned in with no luck. This news spread quickly among anglers, and on Day 2 I was given a care package from Paul Shibata and some of the Shimano guys to help get me through the tournament. Although it may seem like a small thing to do, it meant the world to me! I have also received an unbelievable amount of support from the angling community and I am still in shock. Thank you all 🙂

I can’t imagine what I would do or how I would feel if it wasn’t for everyone that has helped me in this situation. So if you are reading this, thank you for turning my season around and making it fishable 🙂 For that I couldn’t be any happier!! I am proud to say I belong to this wonderful community of people that are more like family to each other, and will always remember what a lending hand can do, and will never hesitate to lend a hand when someone is in need.

Here are the clips from Day 1 & 2 if you have not viewed them yet: