Skip to content
I had a great season on the ice this year, and it is not even over yet. From December 16th up until February 20th, I had been out on the ice every weekend for a least one day chasing Quinte walleye. With the amount of time spent out on the ice, I learned a lot about how to read the mood of the fish, and how to trigger them to bite. It wasn’t easy all of the time, but it was needed. There were times when I would doubt my skill, but those were the days I learned something new or tried something new. We all need those days because when the fish are jumping out of the hole (or into the boat), we don’t learn nearly as much!

I decided to spend one weekend off the ice, this past weekend in Ottawa. I spent Saturday & Sunday at the Ottawa Sportsmen Show working at the Minto Jackpot Casting Pond. I was at the younger end of the pond for kids (aged as young as their parents would let them hold a rod) up to 7 years old.  This is what the pond looked like: 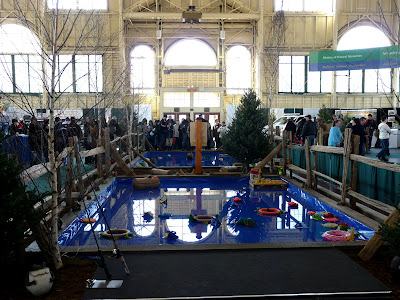 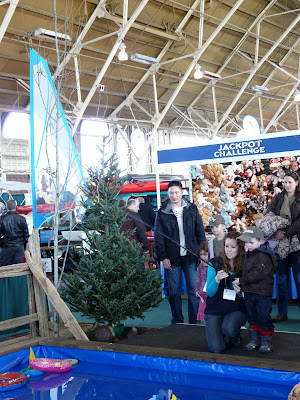 Assisting a young angler in casting into 3 different rings 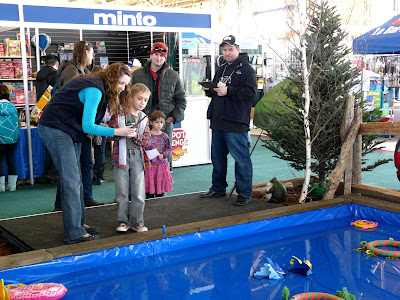 Myself helping a little guy and Jamie Pistilli keeping score 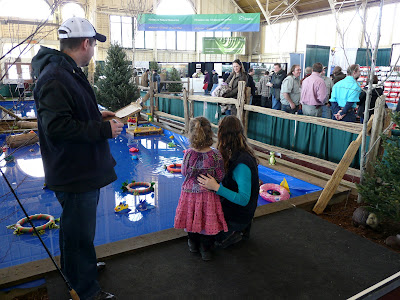 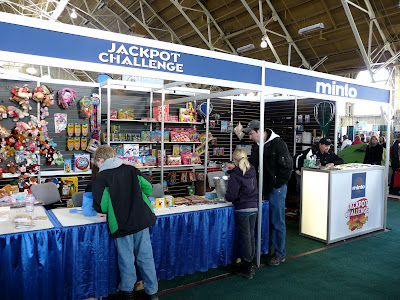 All the kids were awarded prizes for participating. If they were successful in casting into the rings they were able to choose off the back wall of what looks like a toy store! It was hilarious watching them walk into the booth very cautiously as though it was a trick for them to be able to pick anything they wanted. It was a very successful event and I will definitely be there next year. A big thanks to all that helped, and especially Big Jim McLaughlin for inviting me to help out. 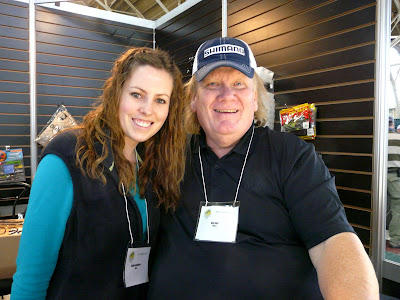 When I arrived to the show on Friday evening there was a very special surprise for me waiting at the Lures and Tours booth. If you look closely, you may see a familiar lady on a sign! What an honor! 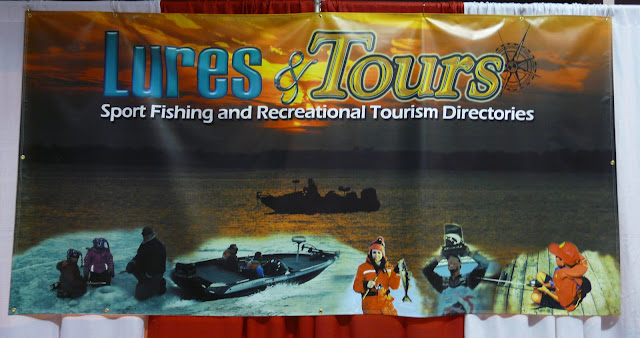 As for this weekend coming up, I will be chasing lake trout for the very first time! I’ve never caught one and am really hoping I will get the chance this weekend. There is a local lake with an open season for lake trout. Oh, and I also heard of a lake that the walleye season is open for a little bit longer… so I am making time to go there too 😉
Thanks for reading!
Ashley