Skip to content
DAY ONE:  The 31st annual Kiwanis Walleye World Fishing Derby kicked off on Friday night at 12:01 a.m., the opener for walleye and pike on the Bay of Quinte (Lake Ontario). As long as I can remember, the walleye opener has been a big attraction on the Bay! It’s something I always look forward to, and get excited for it to kick off the spring open water season.
I was up late on Friday night (until about 11:30 p.m.) getting gear as ready as possible so I could wake up at 4:15 a.m., hop in the shower, get dressed and hit the road to be on the water by 6. I fished with my friend Erik Luzak again this year. We met at the Deseronto boat launch and set out from there. Although lots of anglers were loading boats, the Kiwanis organizers did a great job of keeping things running smoothly. 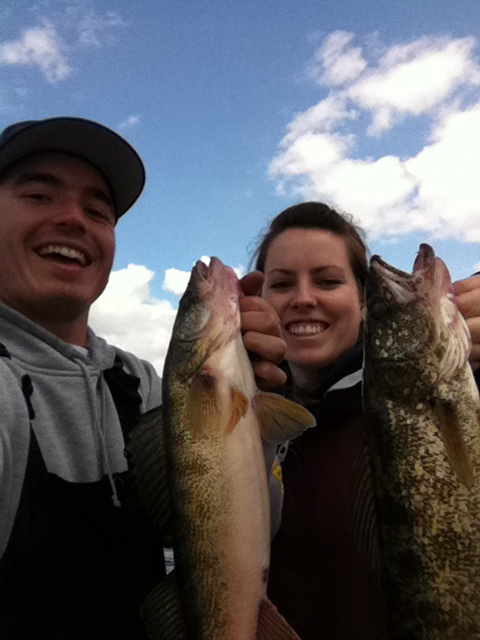 It didn’t take long for us to begin hooking into walleye! Nothing like hooking that first walleye of the season on open water, such a great feeling! Much like last year, we used bottom bouncers and worm harnesses and the ‘eyes just slammed them! The schools of walleye we got into were bigger than last year. I always seem forget one thing when I go fishing, and this time it was my camera battery (left in the charger). On such a gorgeous day, it was a big disappointment, but to my surprise my new iPhone takes great photos! So all the photos in this blog post are from my iPhone. Some of the photos were a bit funny, hard to hold a fish and take a photo at the same time! 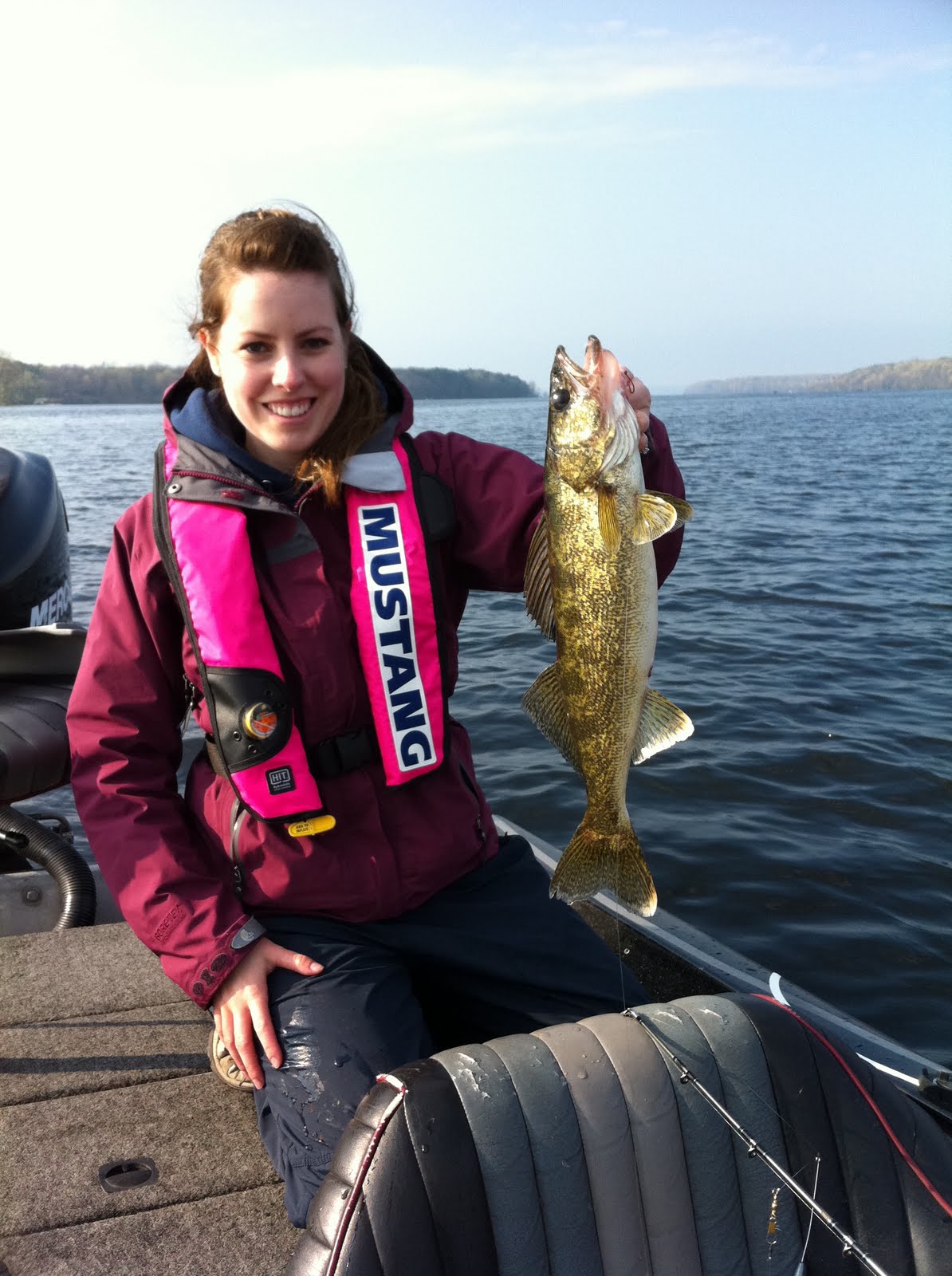 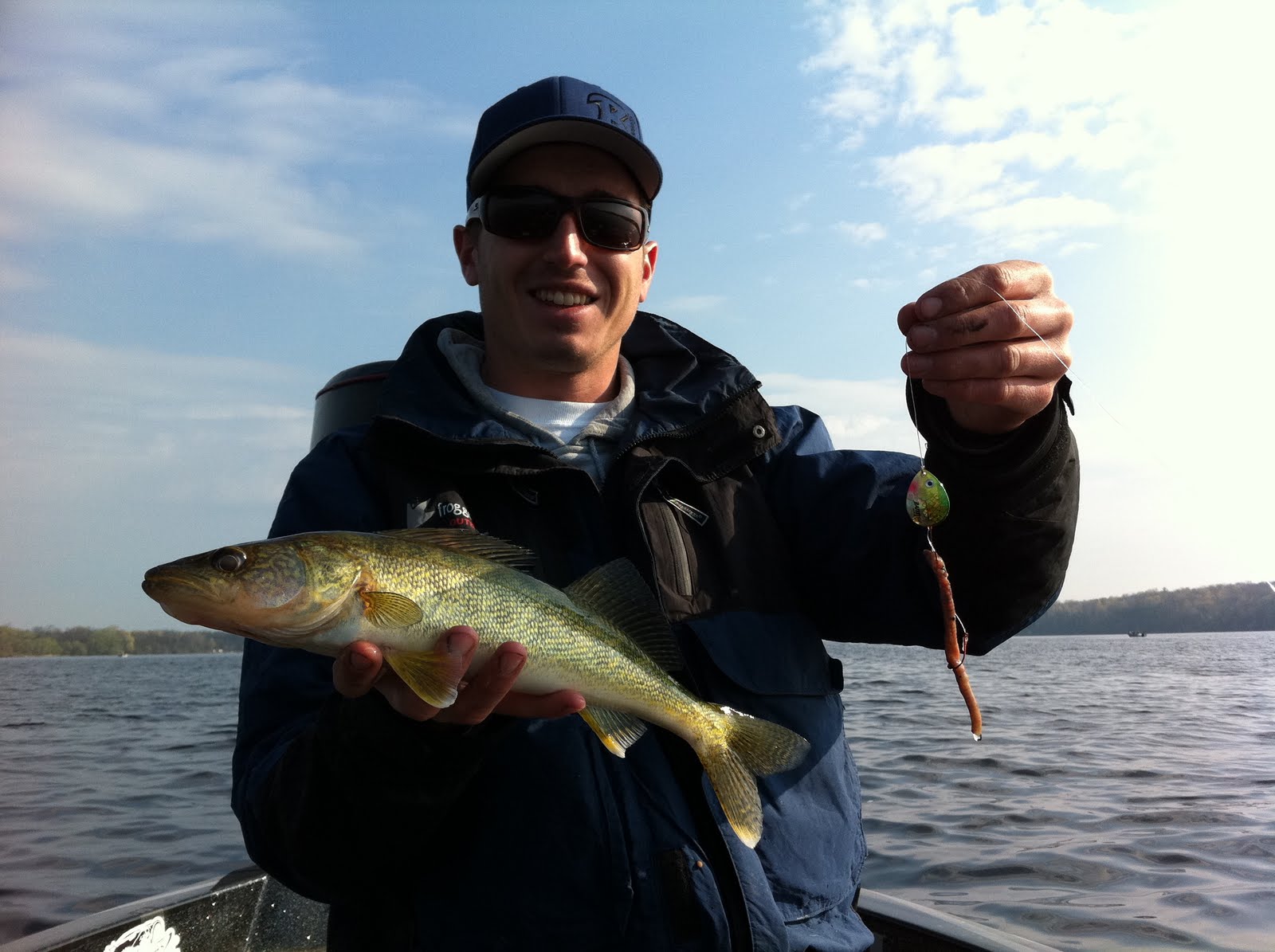 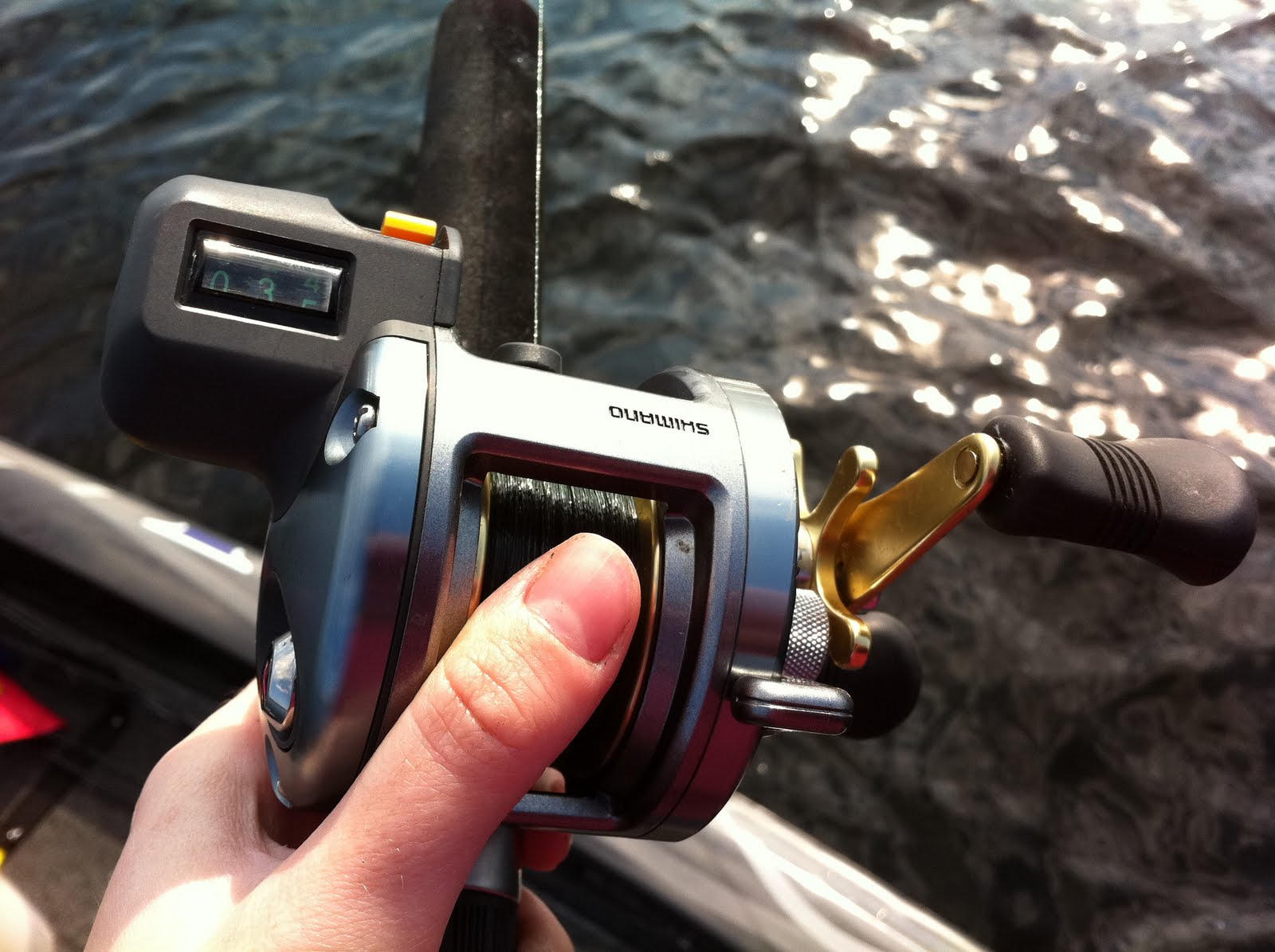 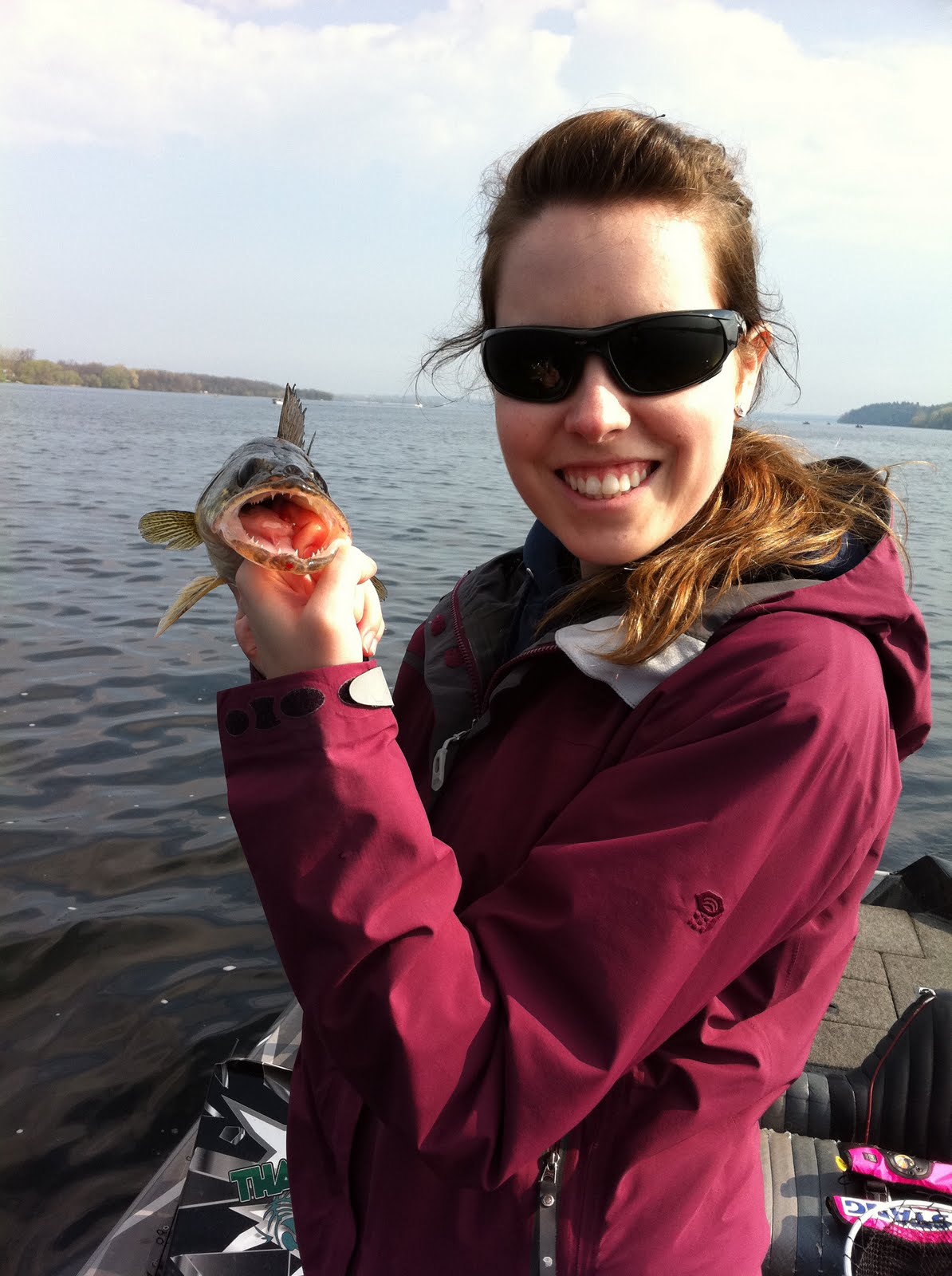 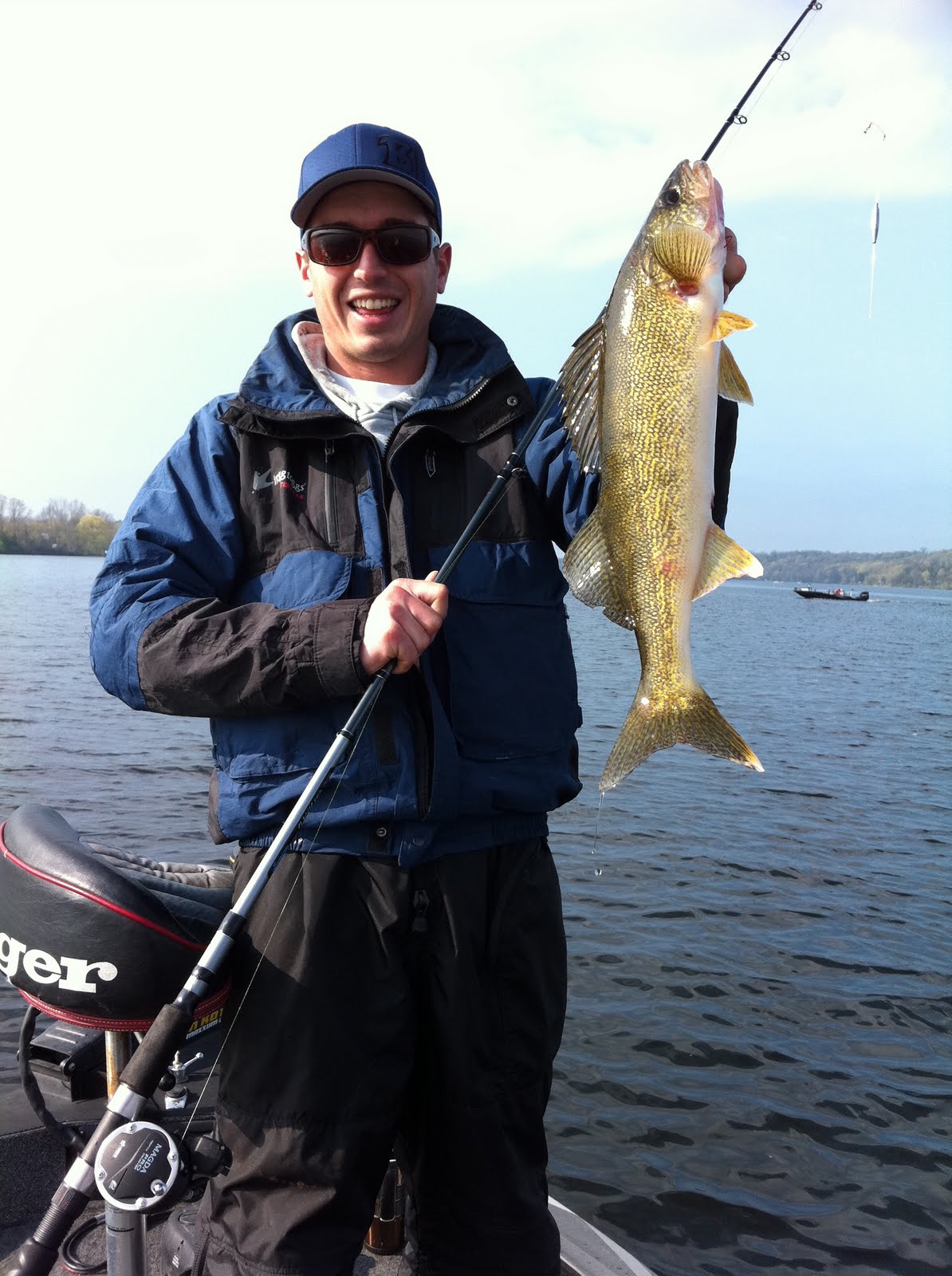 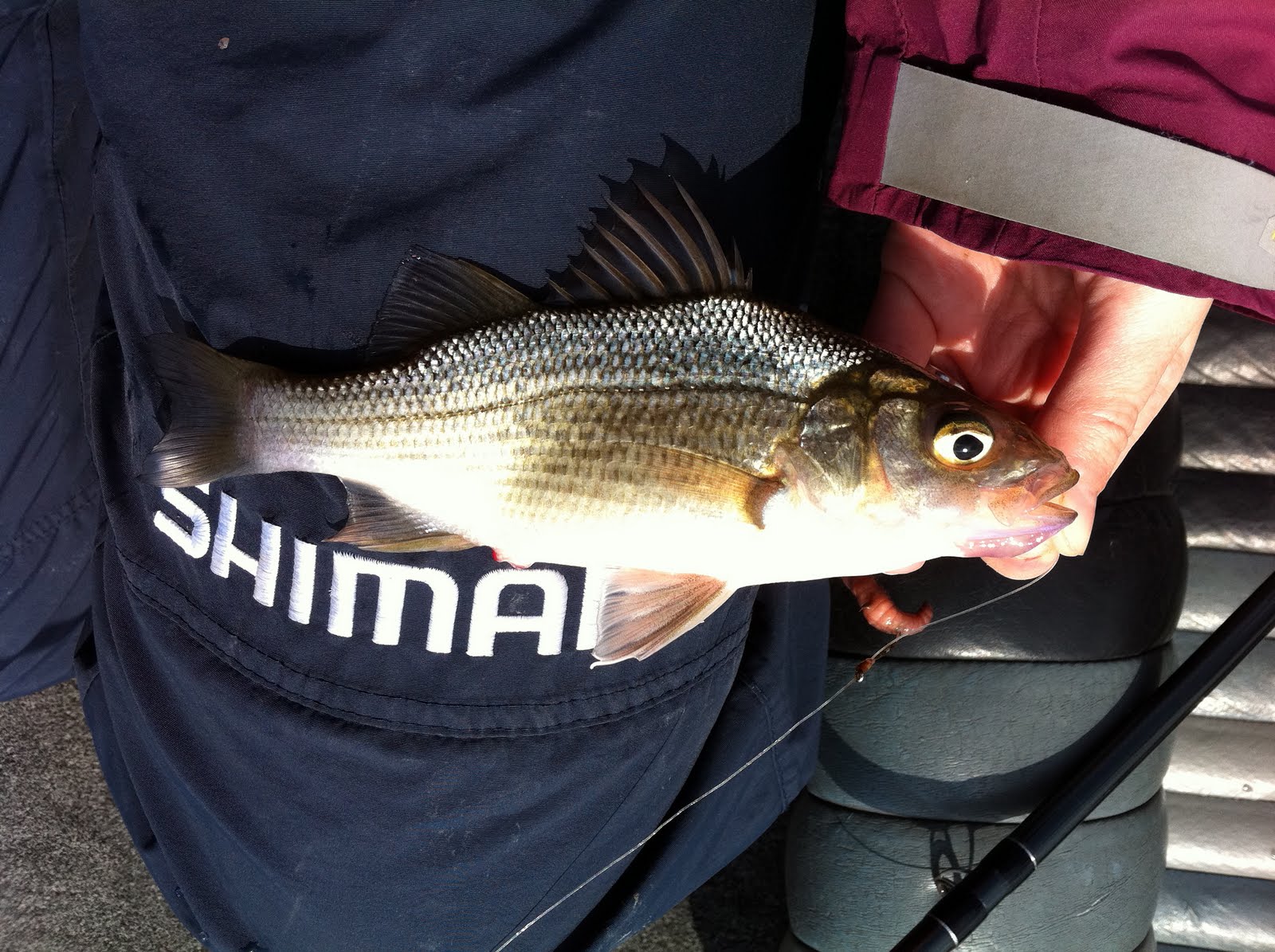 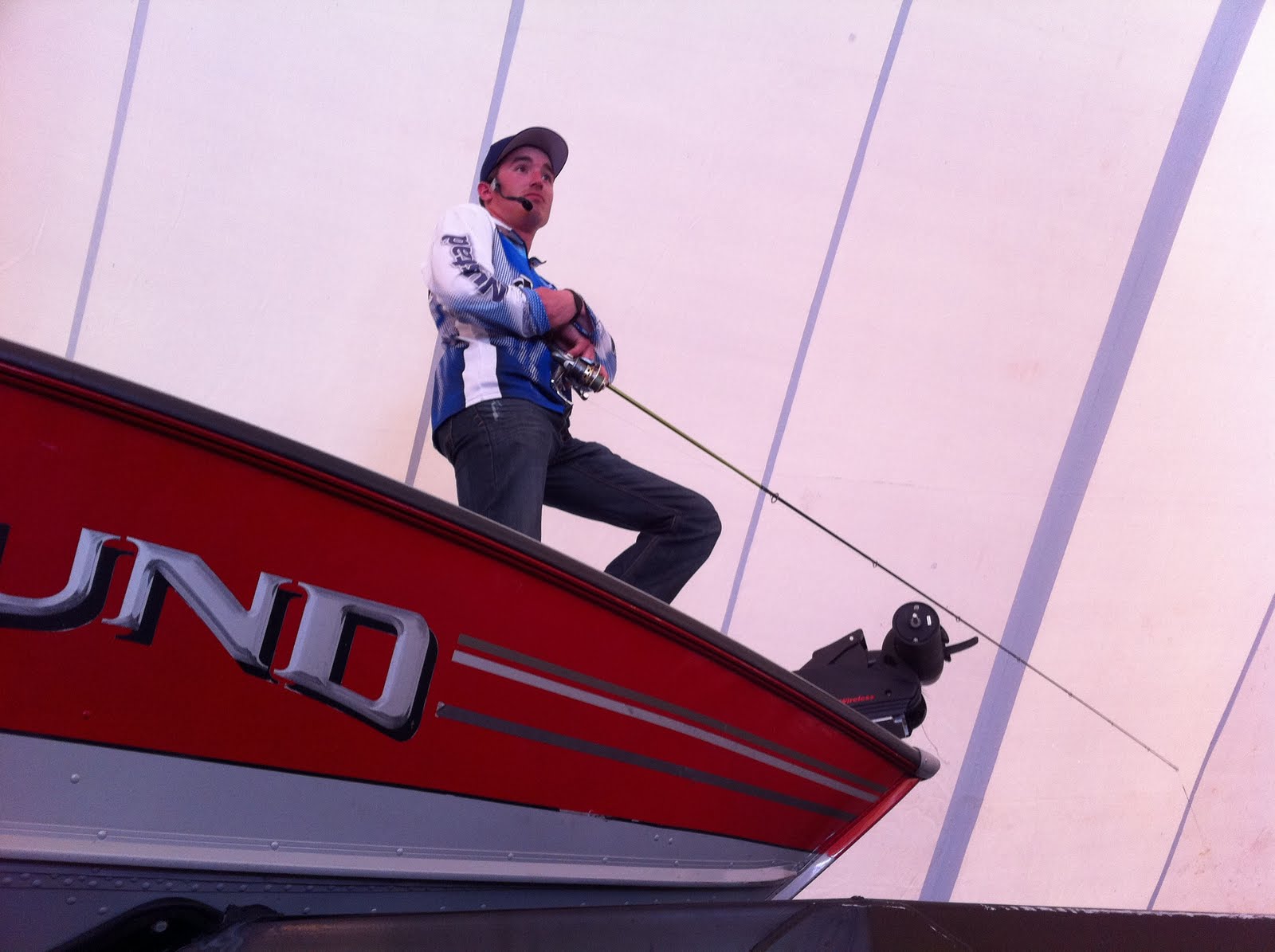 Day one of the derby produced around 30 walleye for us! At around 1 p.m., it was time to get back to shore as Erik put on a seminar in Trenton that afternoon. The Kiwanis Headquarters always has a lot going on besides just the weigh-in. Seminars, exhibits and of course the giant tank with some of the fish on display. I was so tired from a long day, that I was in bed at 6:30 p.m.
DAY TWO:  Up at 2:15 a.m., it was officially the earliest I’ve ever gotten up for fishing. Dave MacDonald joined us, and we were on the water by around 4 a.m. We tried a new spot and although it did not produce a lot of fish – it was a fantastic location for a sunrise. 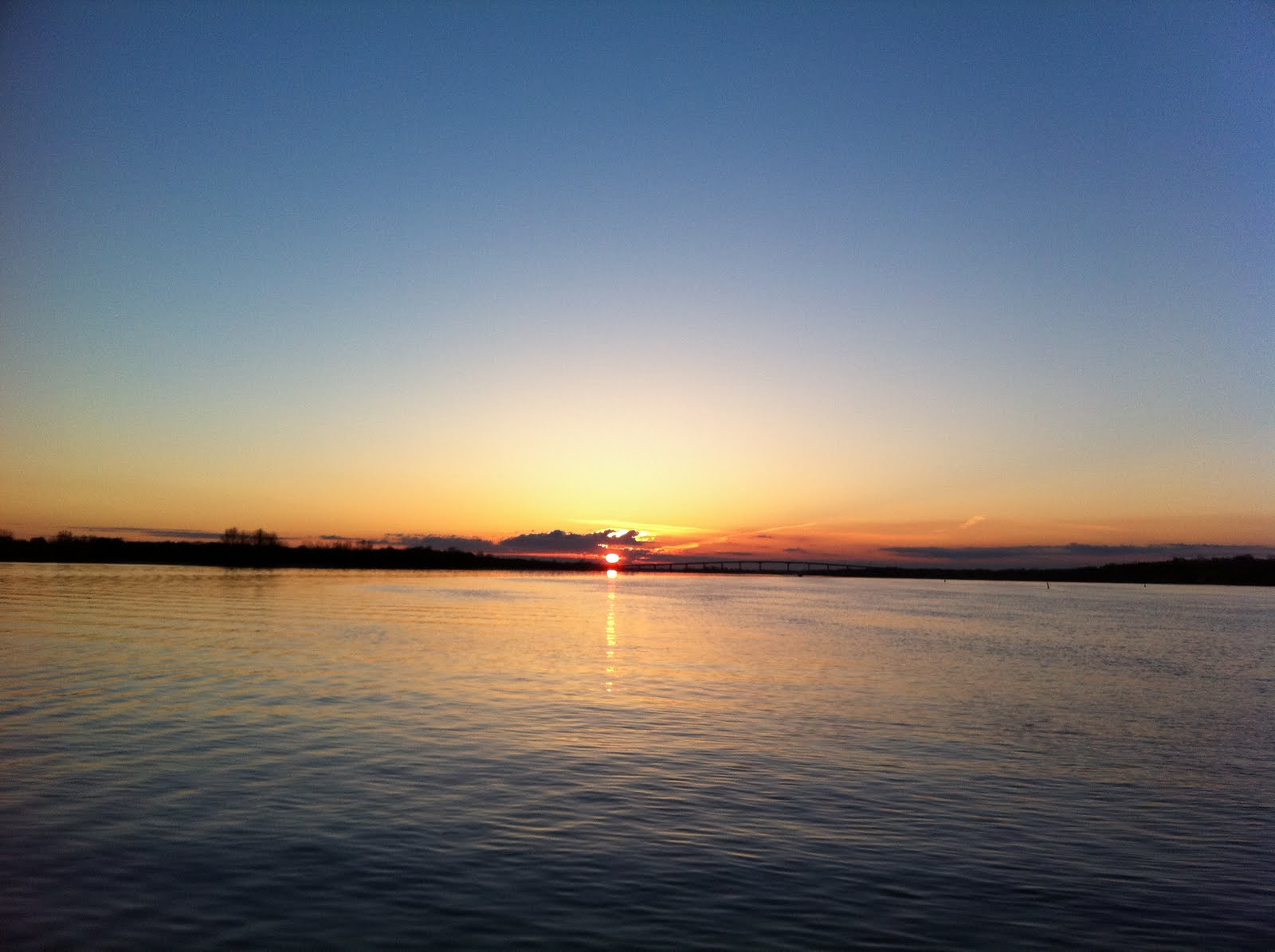 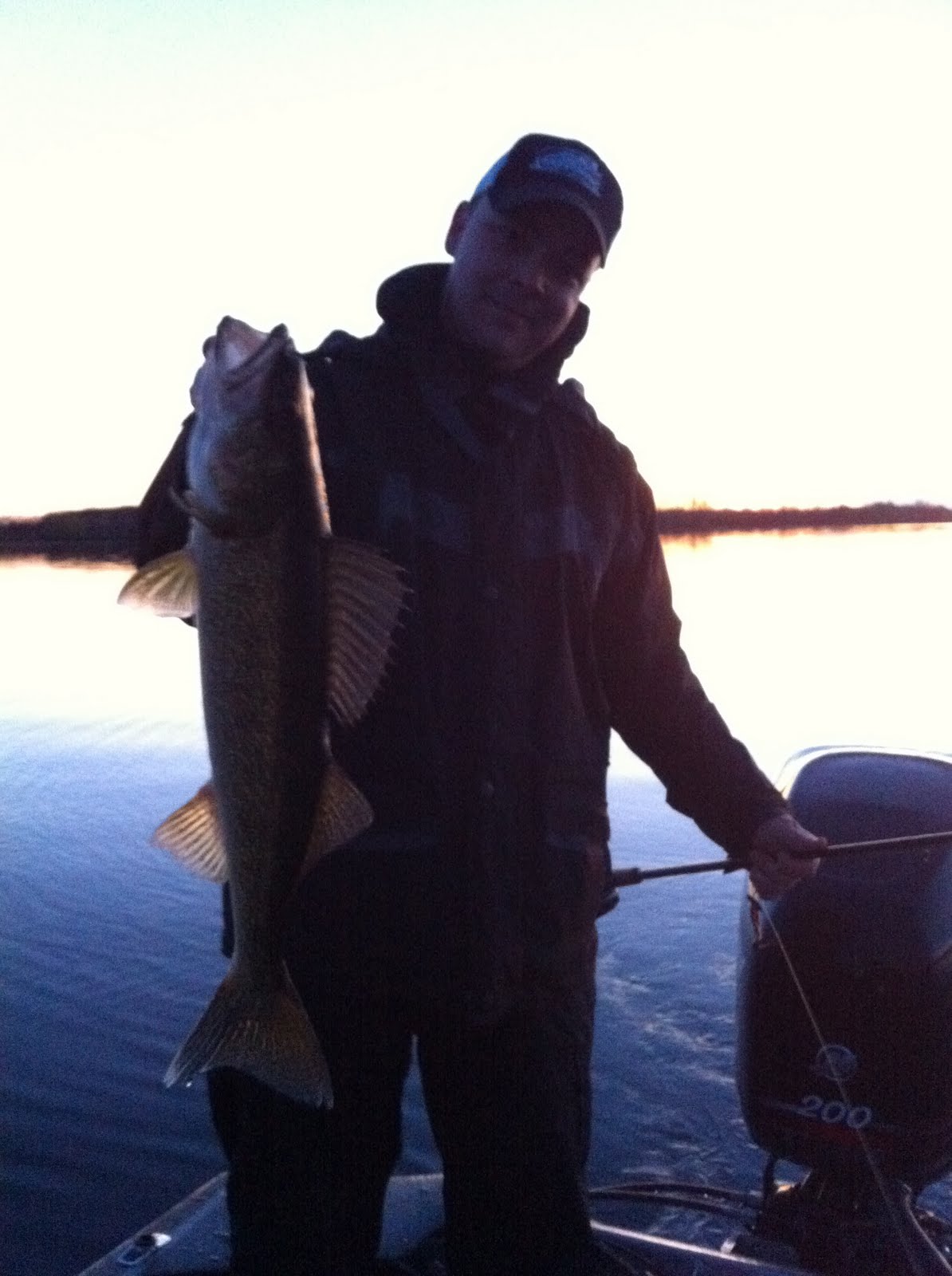 Dave was the first to land a fish! 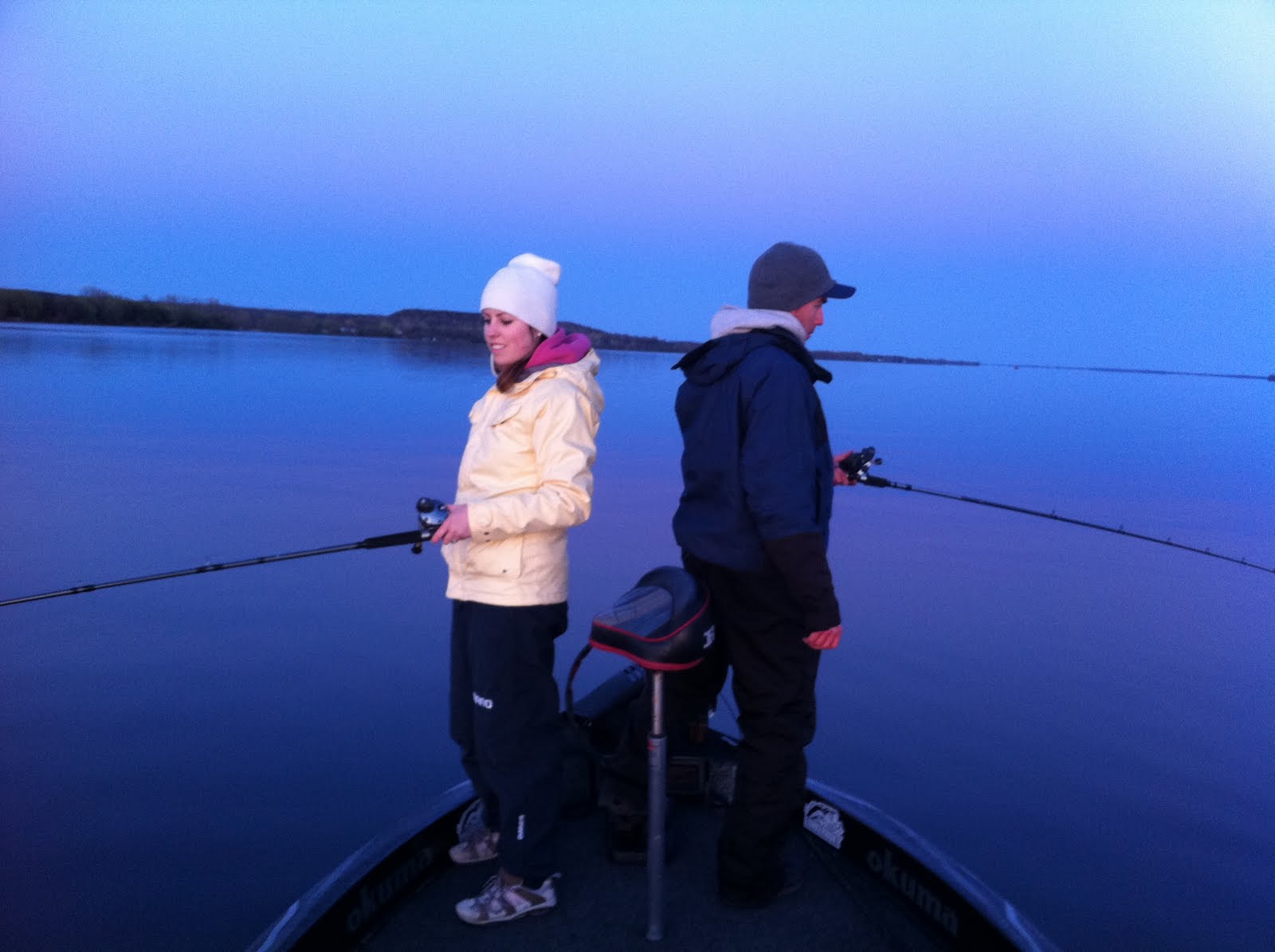 It was much colder on Sunday, so we brought out the toques in May! 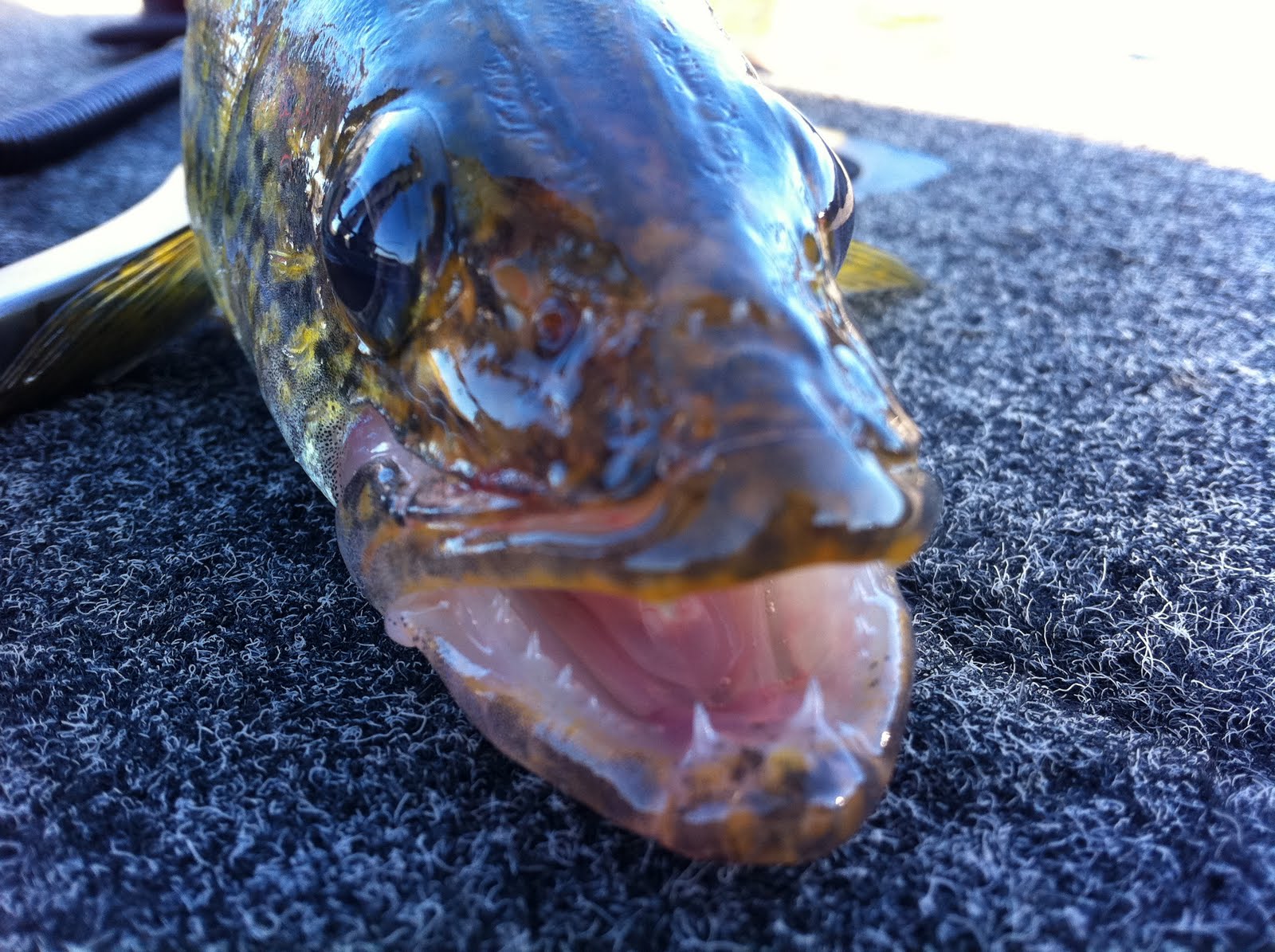 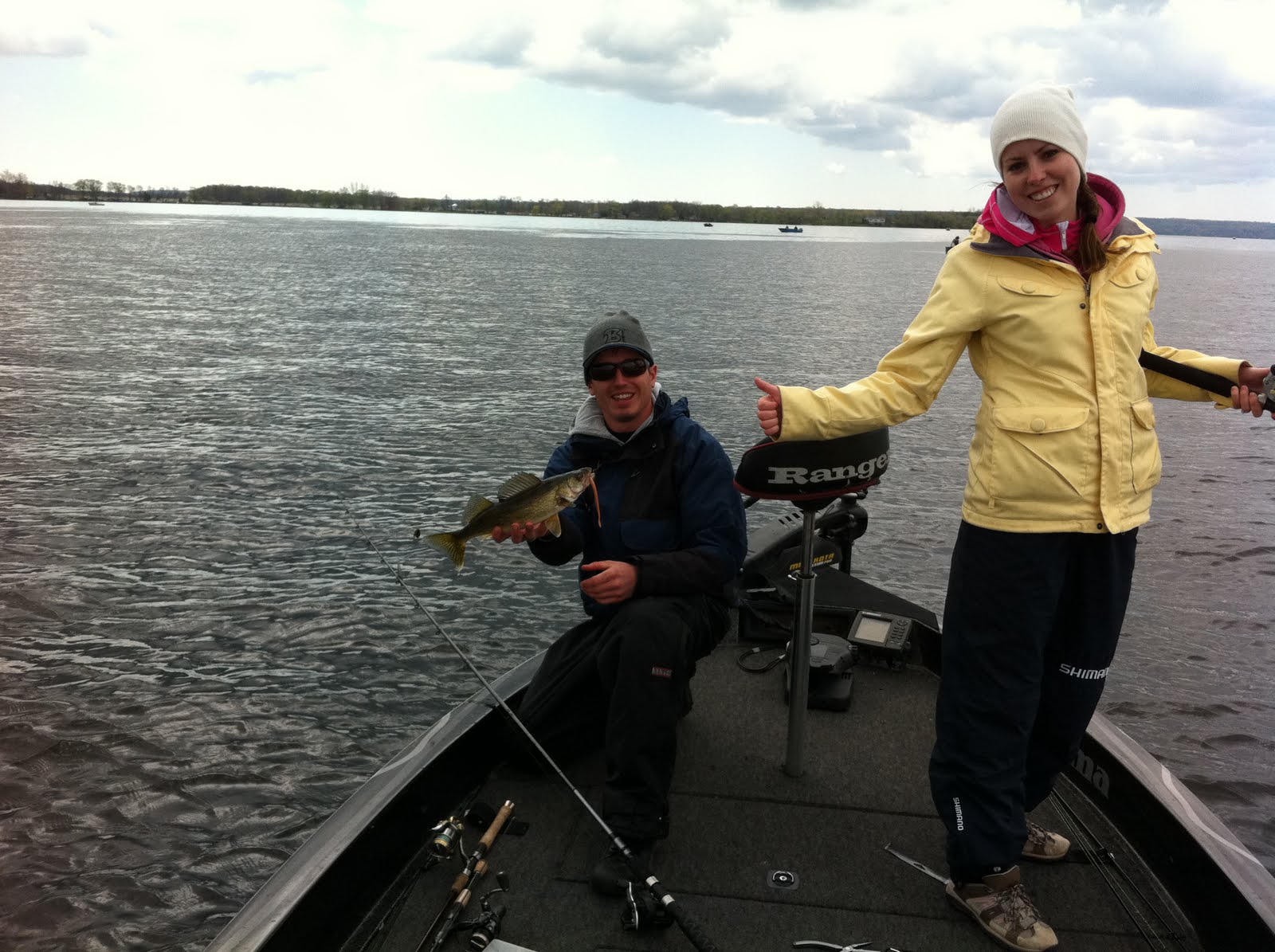 Around 20 walleye were caught on day two! We set out and searched new spots hoping to hook into bigger fish, but did not find any monsters. Regardless, I had a blast fishing with Erik and Dave with lots of laughs! So with about 50 walleye caught in two days, I think we did OK! All fish were released. Can’t wait to fish this event next year!
Ashley Rae