Skip to content
After the fun weekend at the Spring Fishing and Boat Show, I made some new fishing friends! One of the great things about trade shows is that you finally get to meet anglers that you communicate with through Facebook and other social networking sites – and get to put a face to a name. One of the people I met at the show was Matt Heayn: 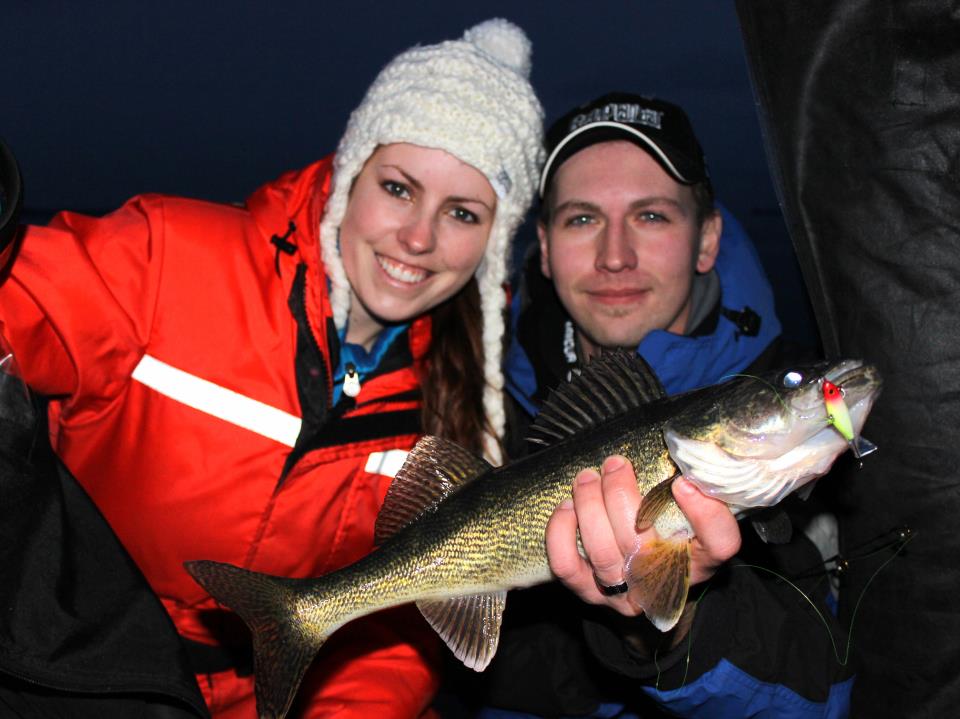 Myself, Matt and a Quinte walleye

Matt is also a kayak angler, and a pretty avid angler year round. We discovered that we are both in the Quinte area, and a few days after the show we hit the ice together to try for walleye. Matt told me that he hadn’t yet caught a walleye this year, and I was really determined to try and help! My year had not been stellar with the warm temperatures and crazy weather, but it was worth a shot and always fun to get out fishing with someone new!

After our adventure, Matt wrote a about it in a National Pro Staff report:

“with Ashley by my side and coaching me through it, I finally convinced that red line on my flasher to take my Rapala Jigging Shad Rap. Within the blink of an eye, my first Walleye was in my hands (as I apparently fist pumped). Several pictures later, I thanked the fish and it returned to where it came from.”

For me, it was such a fun day of fishing! Some of the best days of fishing are when someone else is catching. Really glad to have met Matt, and we will be doing lots of fishing from here on out!

A day of doing laundry and packing and I was on the road again, this time to Ottawa for the Ottawa Sportsmen Show! I was at the show last year and was very happy that Big Jim invited me back again this year to once again help kids cast at the Minto Jackpot Casting Pond. 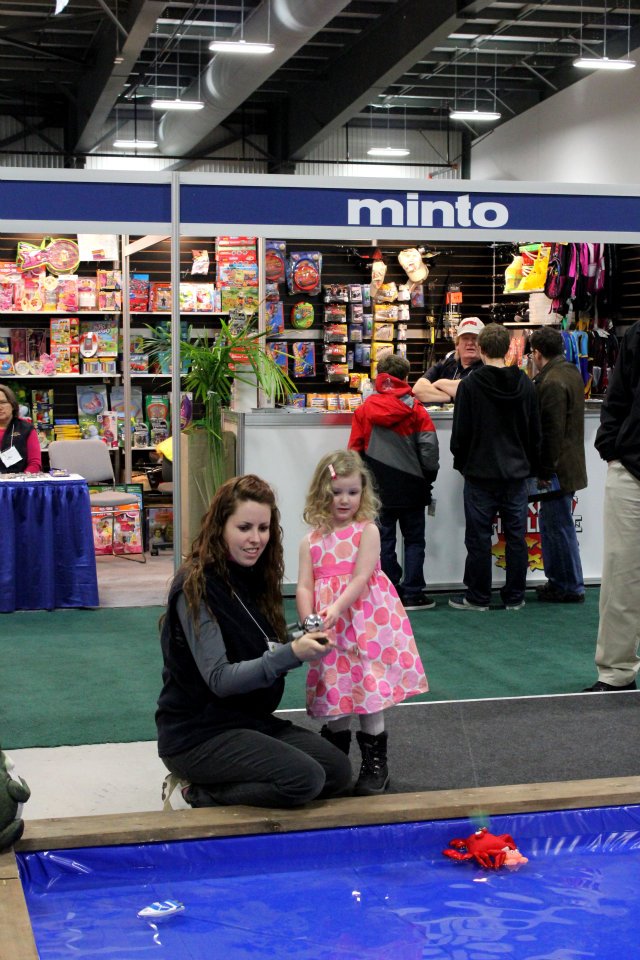 The future of fishing

As always, it was a blast getting kids interested in fishing! I helped out at both ends of the casting pond – with kids 8 and under one end, and kids 8+ the other. There were actually some adults that tried casting for the first time too. There was literally a toy store of prizes behind the pond and everyone left with something, and best of all it was free! I will definitely be at the show again next year! 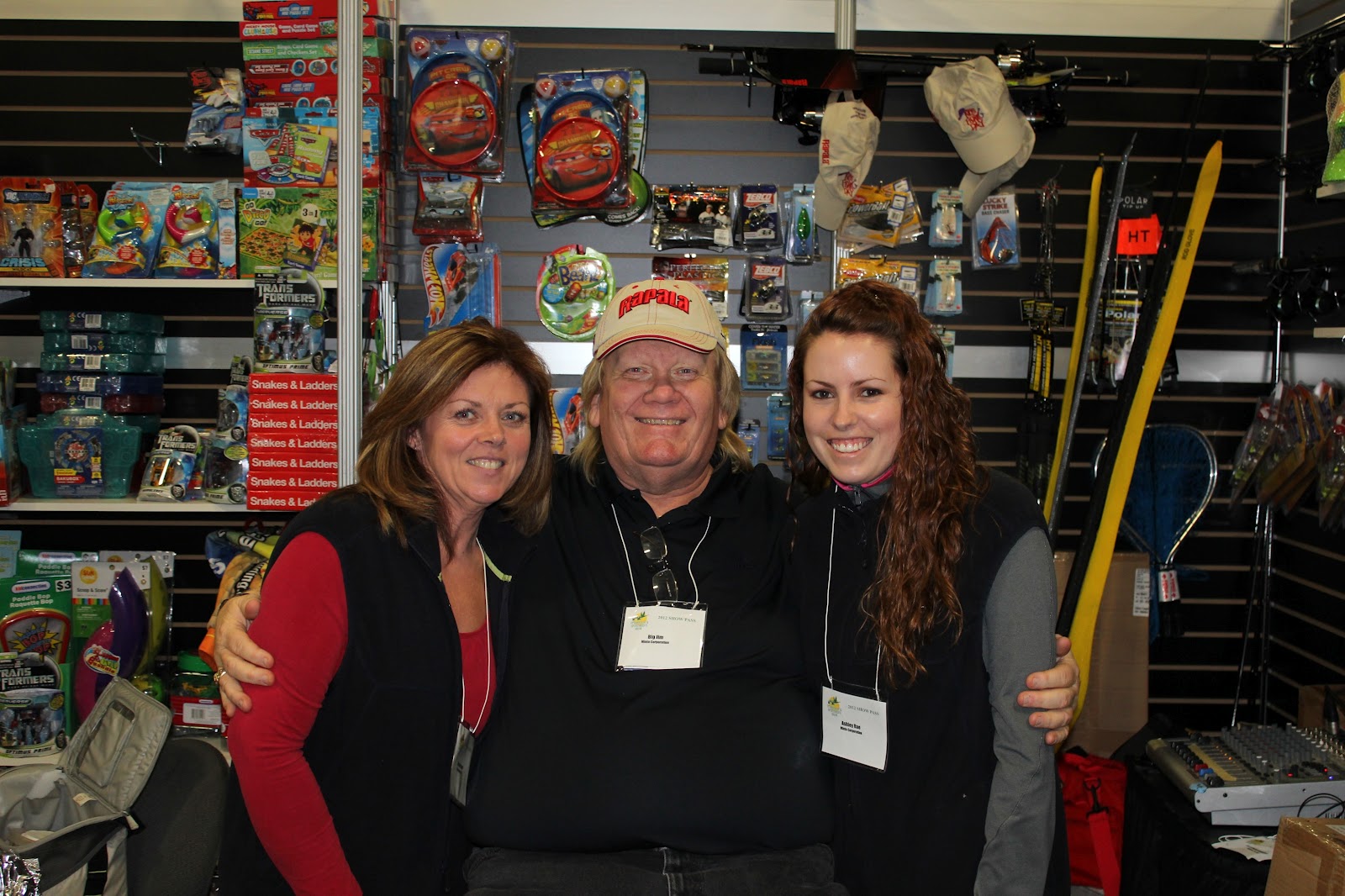 Yvonne, Big Jim and myself

Yvonne Brown was also invited to work at the pond this year. I met her briefly at the Spring Fishing Show, but was excited when I found out she would also be at the Ottawa Show. She is a great addition to the fishing industry, and I am so happy that I got the chance to spend time with her that weekend! She has recently joined the tournament scene in the past couple of years, and has a strong involvement with kids fishing events. It’s great to see other ladies getting involved in the sport!!

Thanks Big Jim for the opportunity and I look forward to next years show!