With summer nearly coming to an end (gasp!), Eric and I decided on a weekend trip to the St. Lawrence River for another kick at it! This time we headed to Lake St. Francis, it was a first for both of us. This section of the River (referred to as Lake St. Francis) borders southeastern Ontario, southwestern Quebec and northern New York State. Each time we’ve been to the St. Lawrence, we have fished new water and have barely scratched the surface yet. It has become one of our favourite places to fish!

I always receive messages and questions about where I stay when I travel, so here’s a little information for inquiring minds 🙂

Our outing took place over Labour Day weekend.  We decided to stay in Lancaster at Glengarry Campground in a solar-powered cabin! So neat and another first! The three Camper Cabins at the park are new this year and were built through a partnership by local high school students. It was one of the nicest cabins I’ve stayed in and they did an incredible job! Here are a few photos: 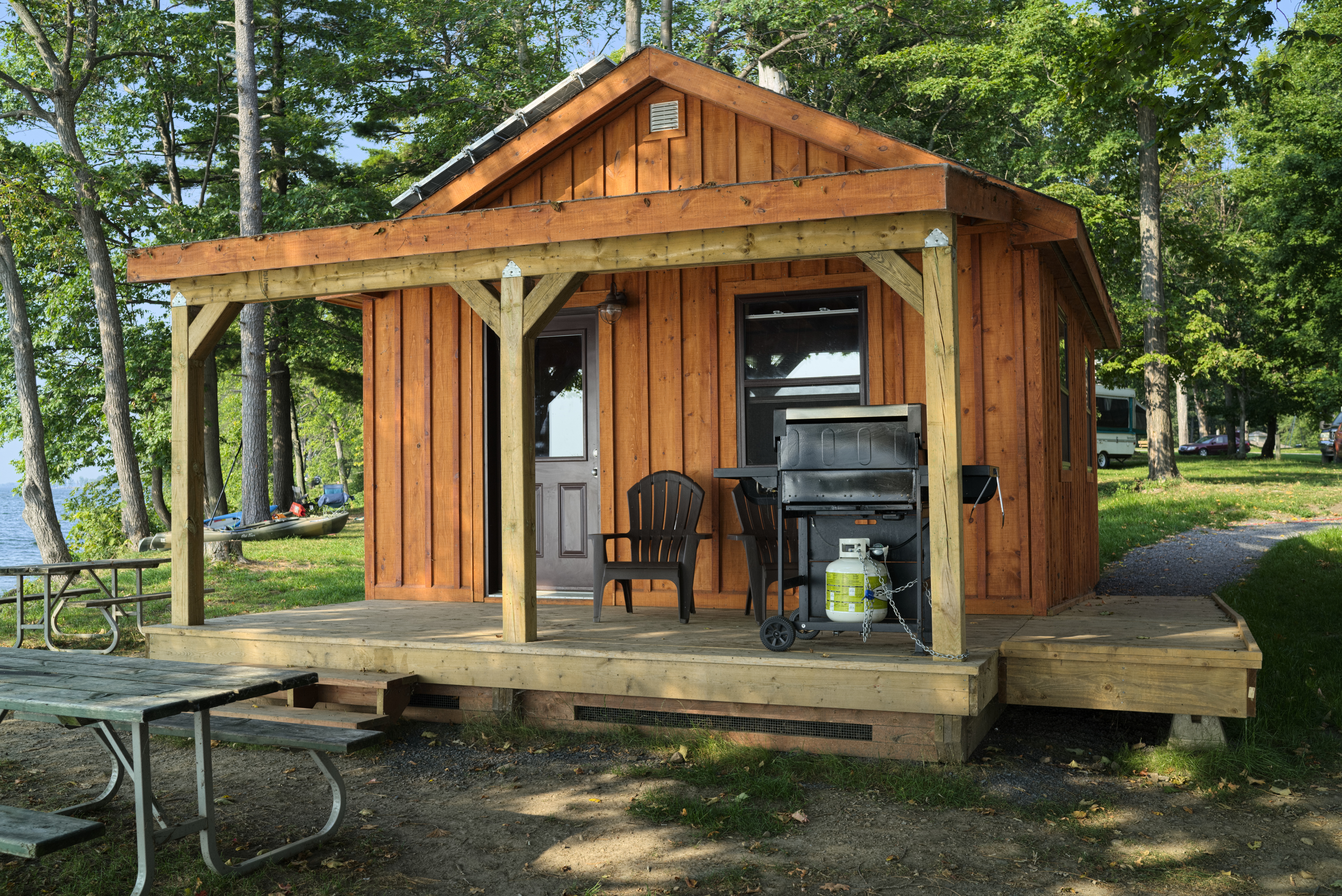 We had an amazing east-facing waterfront view which made for killer sunrises each morning. What a way to start the day. 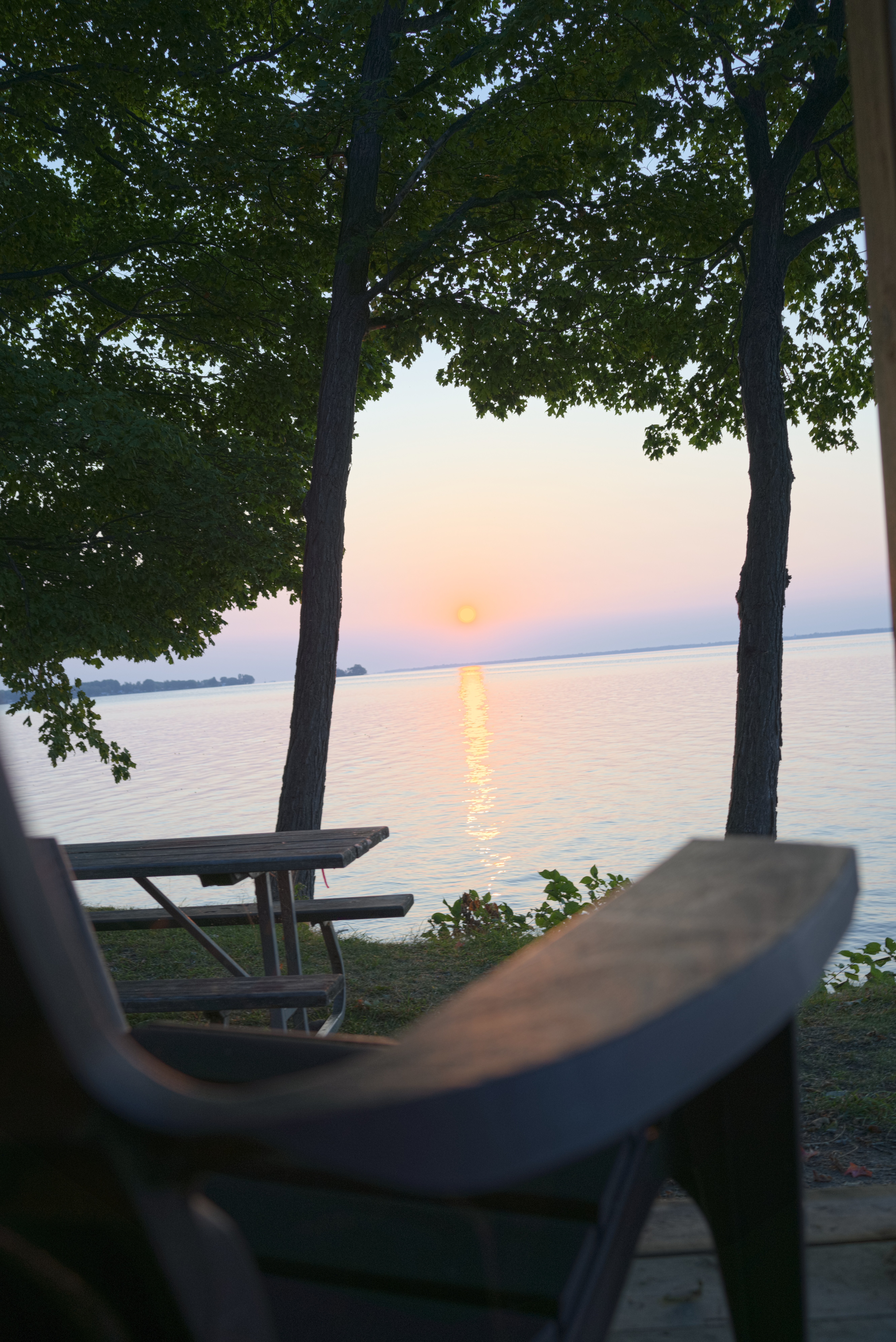 Although Lake St. Francis is well known for monster smallmouth bass, we started off by focusing a little bit on largemouth. When passing by some water that looked TOO good, it was hard to resist! This specific spot was a windblown mat with thick vegetation underneath up against a shoreline. It helped that within the first few casts we were catching fish already! With such thick, dense mats, 1.5ounce weights were needed to punch through (using punch rigs). 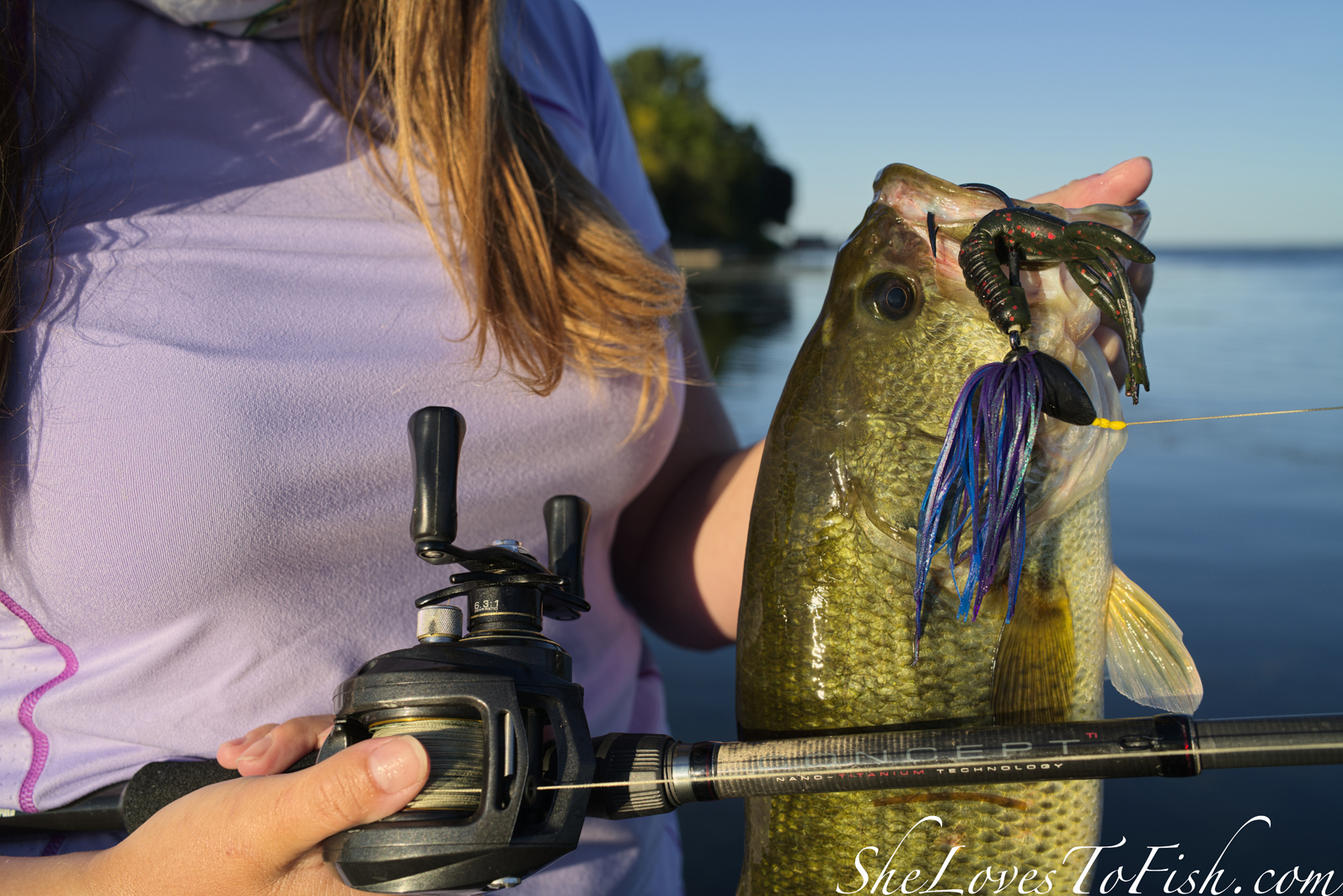 Here’s a shot of my set-up and one of the victims that fell to it. But don’t worry, all fish were released.

Our first day was all about largies, but from then we moved on in search of big smallies for the remainder of the trip. We started off with the same formula as our last visit by fishing around humps in 30-35 feet of water and adjusting for the current using heavier drop shot and tube weights to compensate. After hitting several main channel humps we found a few fish but the numbers weren’t quite as high as the previous trip. We decided to do some exploring and fish some shorelines along the main channel.

We drifted several shorelines in the channel and were picking up greater numbers than on the humps. Drop shot rigs and plastics resembling gobies were hot on the menu for the weekend. One particular stretch with a steep drop and rocky bottom (boulders) turned out to be dynamite! After picking up some larger fish, it was worth drifting again and again. Then there was that one drift…. the one that felt like a snag on bottom at first, until those head shakes begun! Wooo!!!!! 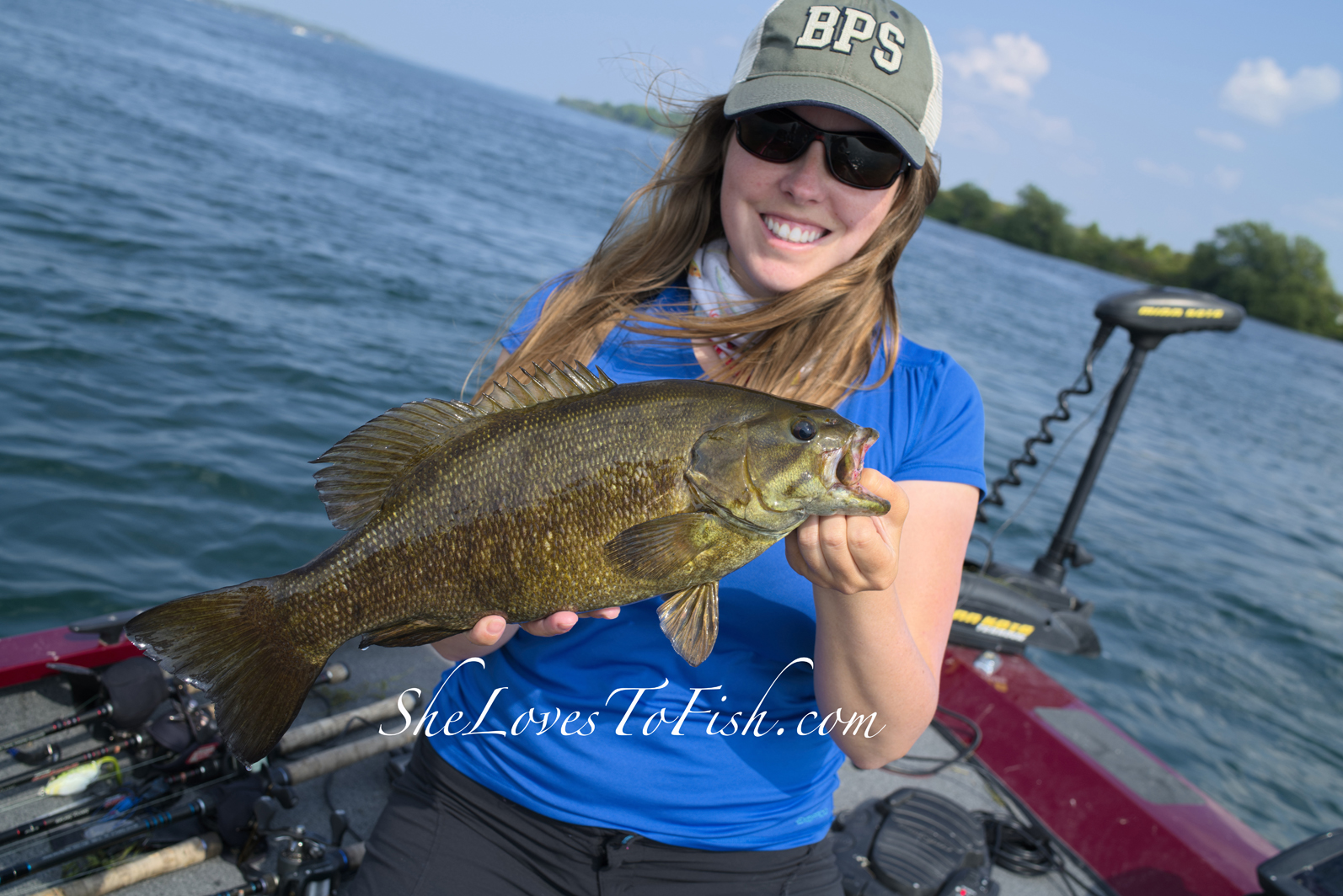 Here’s my nicest smallmouth from the weekend! Nothing fires up the adrenaline like a good fish on the line! Eric also picked up a very nice walleye in the same location. I’m so glad we took the time to fish this stretch as it proved to be the sweet spot of the trip. 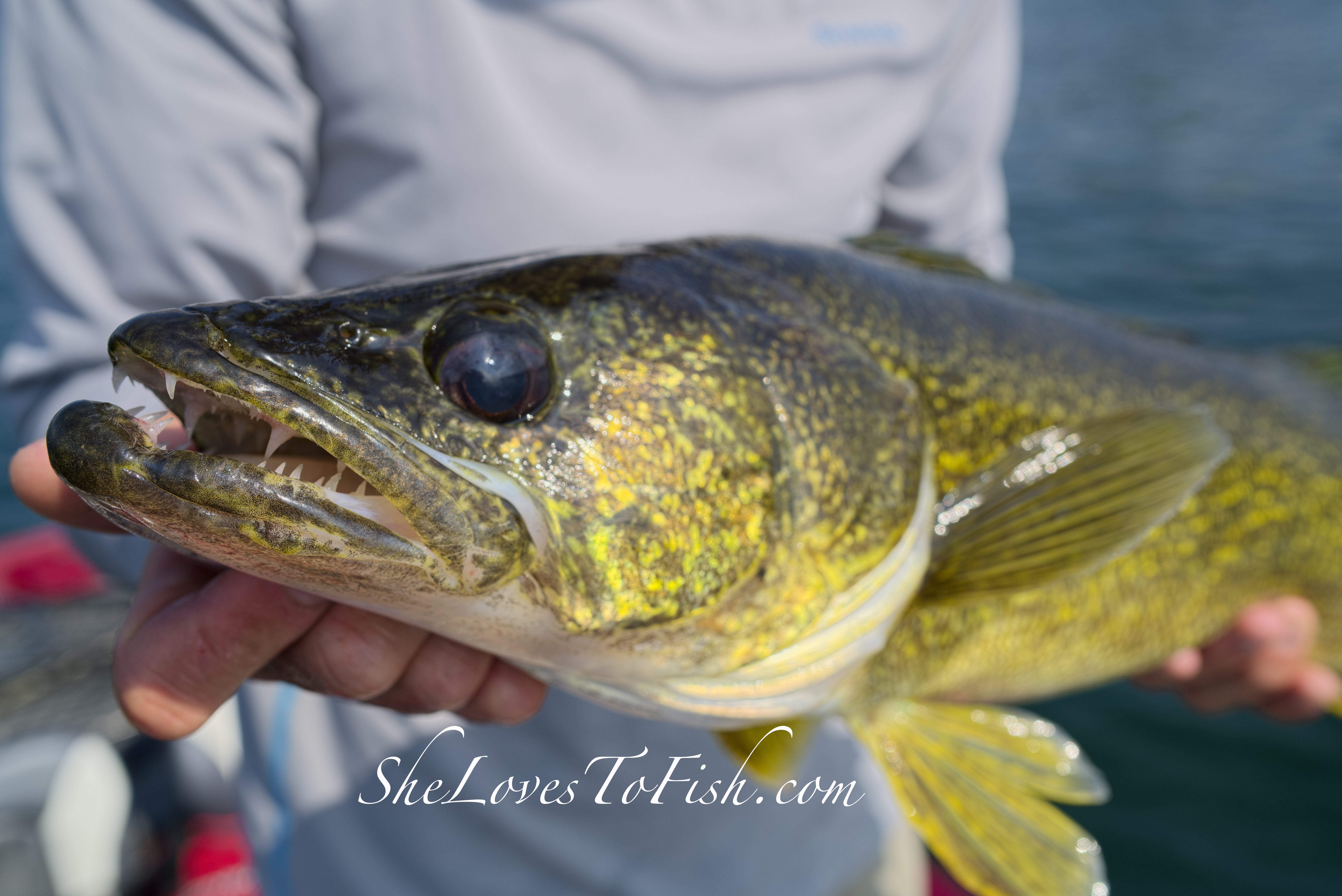 Another weekend that flew by in the blink of an eye, but thankfully I have this blog and some great photos to remember it by! A special thanks to the staff at Glengarry for making our stay wonderful! Thank you for reading! Until next time…. 😀 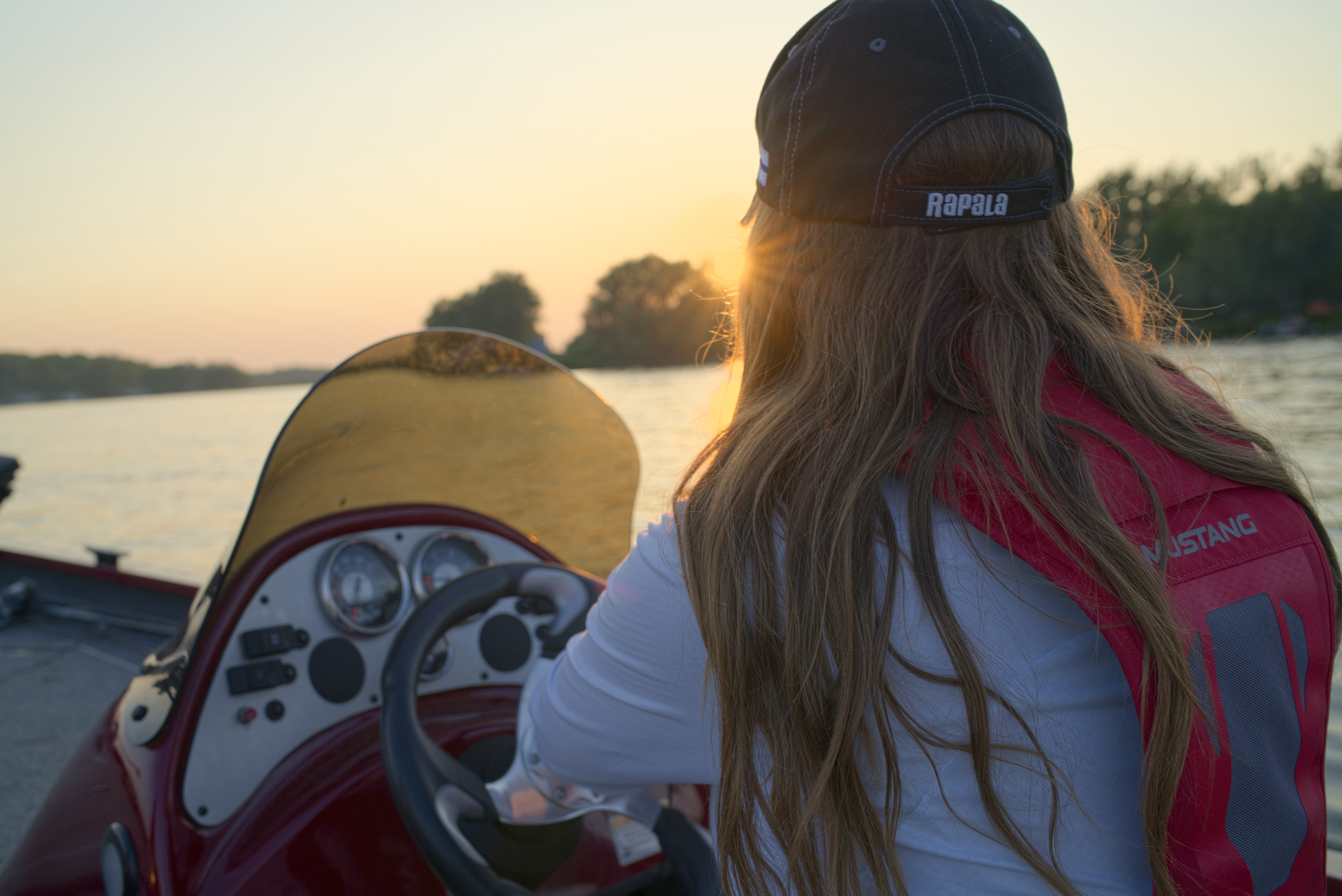