Skip to content
It’s March 22nd and I have sun burnt face/hands, bug bites and I have been fishing by boat (in shorts!) and by kayak already! I have no complaints about it at all, and I hope this is an indication of an early summer! The ice season was shorter this year, but I am eager for the open water adventures that await! Can’t wait to tell you more ;)The past couple of days have been amazing weather-wise, +20 temperatures with a light breeze. Today was slab-tastic with over 120 crappies landed with a couple of friends on “Lake X” by boat!! The sizes ranged, but some good crappie were managed. I started off using a slip float, 1/16th ounce jig head, and 1 inch emerald shiners. As the day went on, we realized the crappie wanted a moving bait, and the float was unnecessary and so we were casting for them! That in itself was really fun as the fish were smashing the bait as soon as they saw it moving, and they got pretty competitive. Nothing like the *flash* – *bang* – fish on! 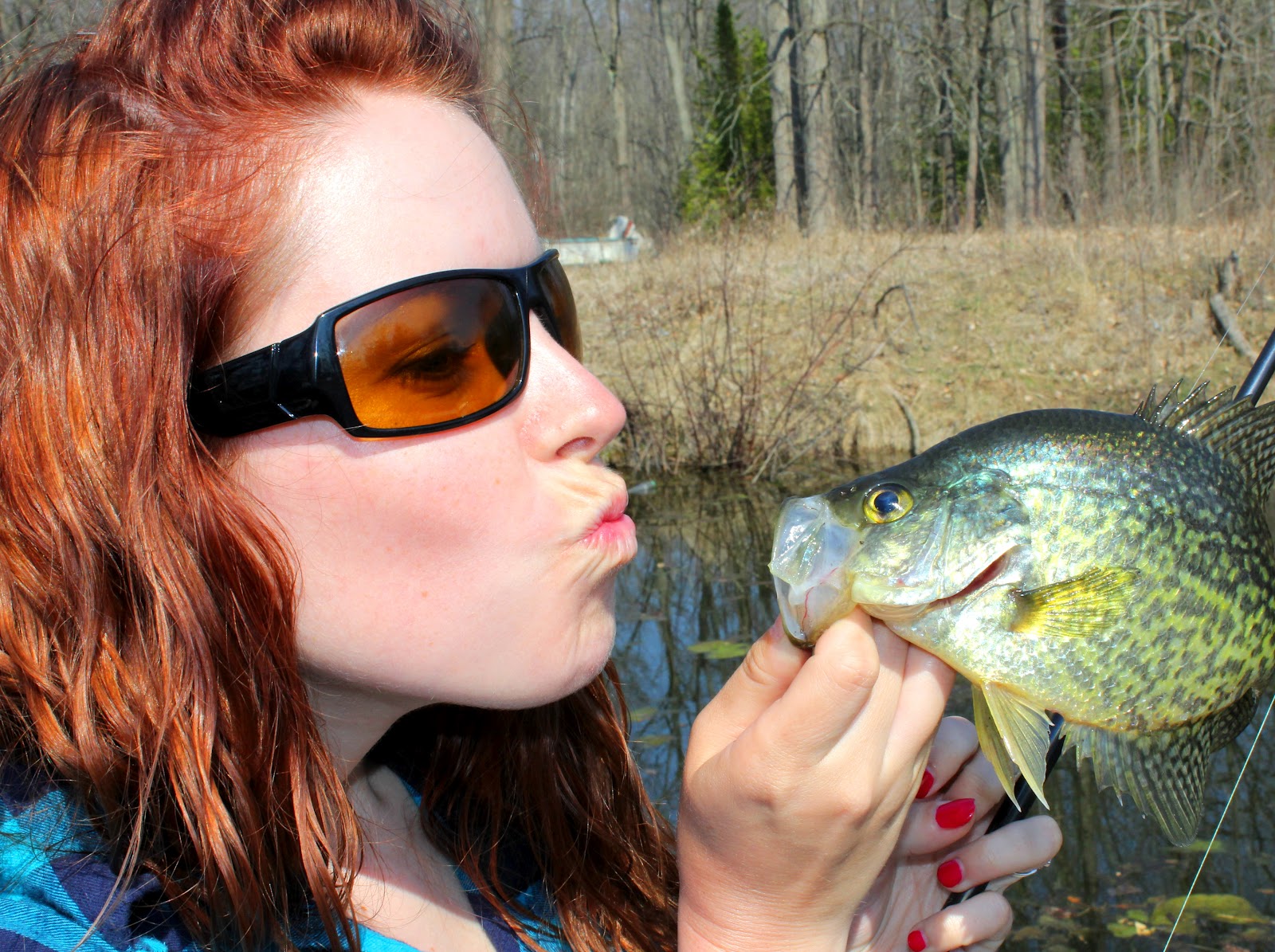 I said if I caught a big one I would kiss it… but it has to be a trophy. I’ve yet to kiss any fish (ever)… we will see what the year brings! 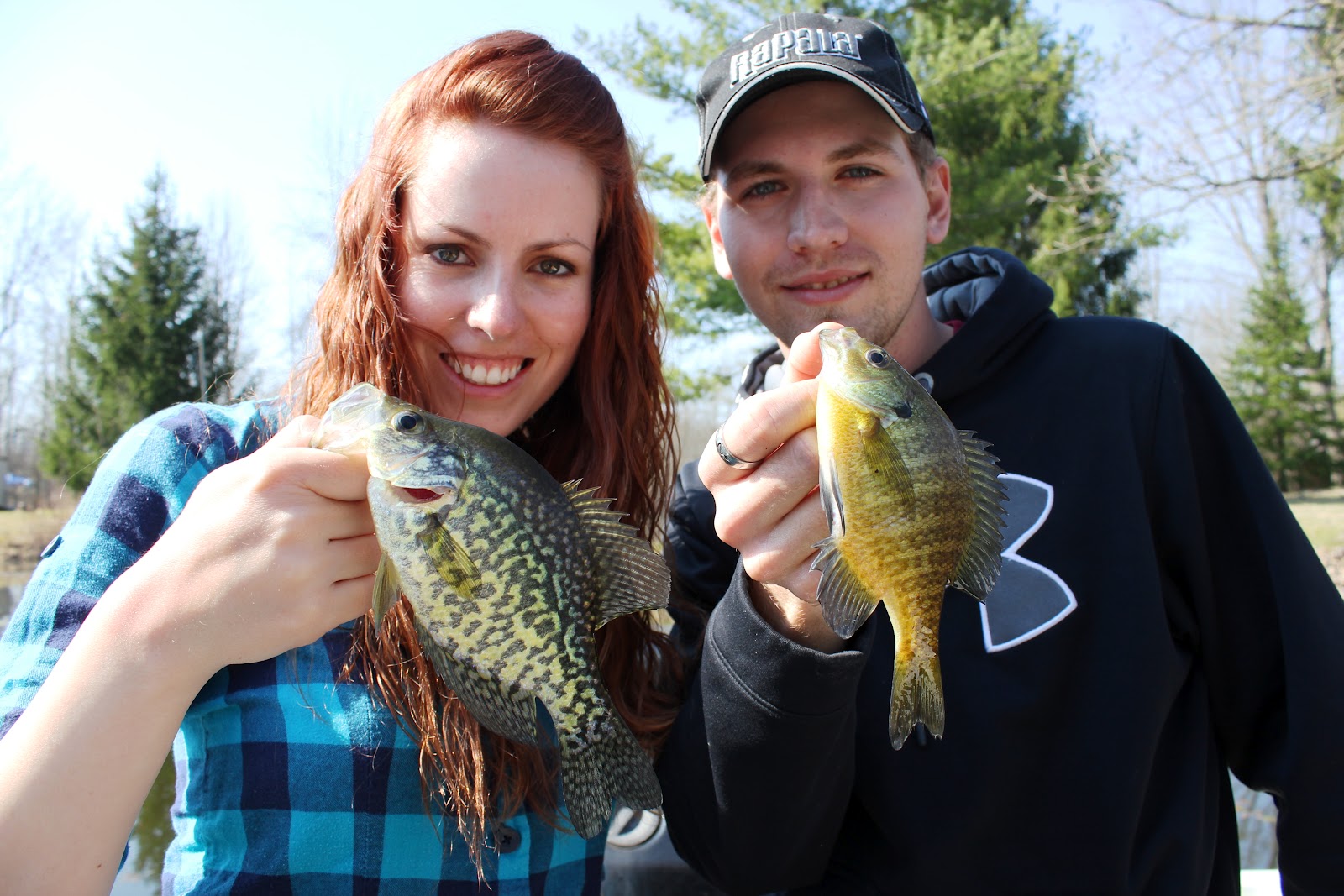 We got into blue gill and crappie at the beginning of our day, then it just cranked up to crappie after crappie! What a fantastic day on the water with friends – good laughs and plenty of fishes! 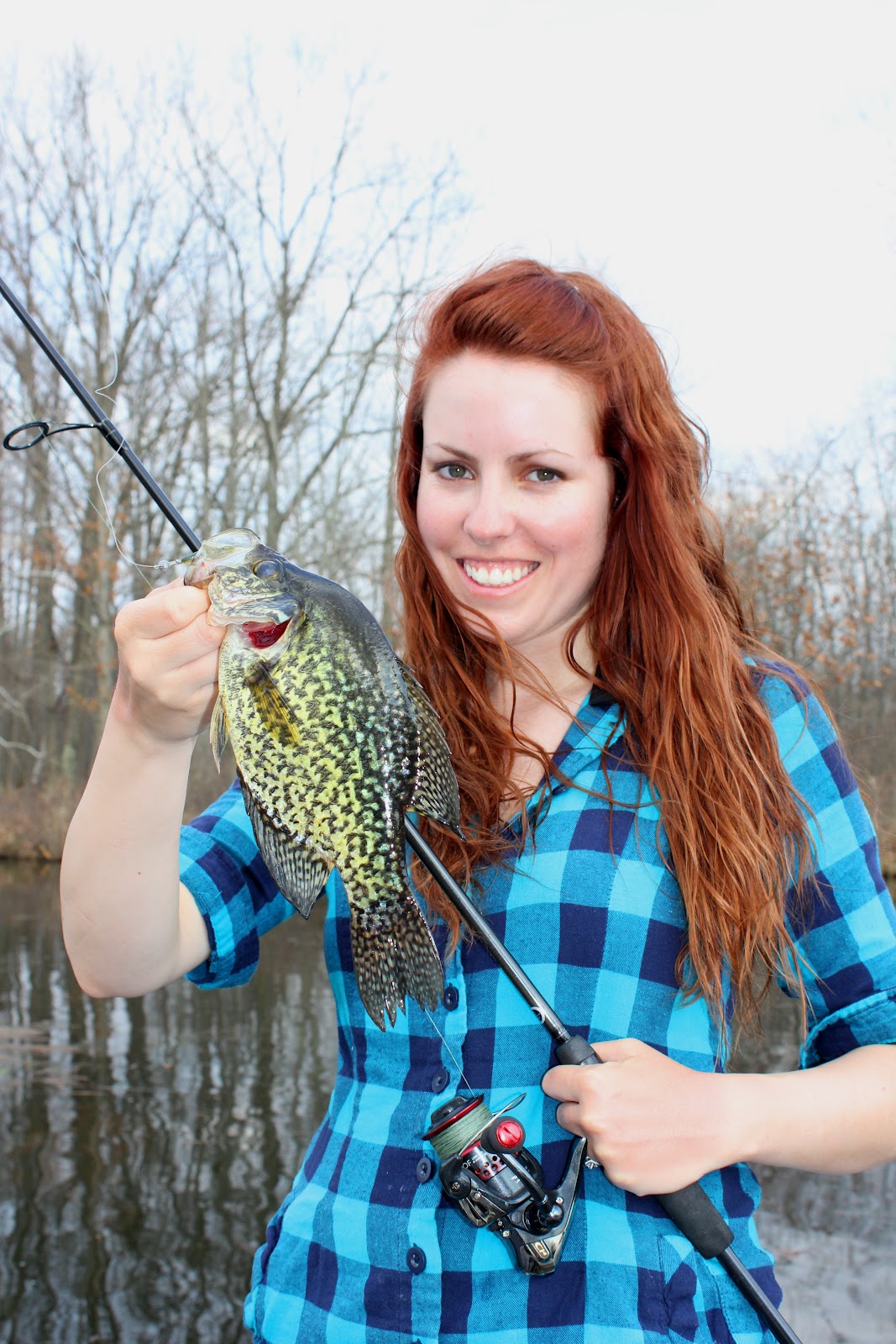 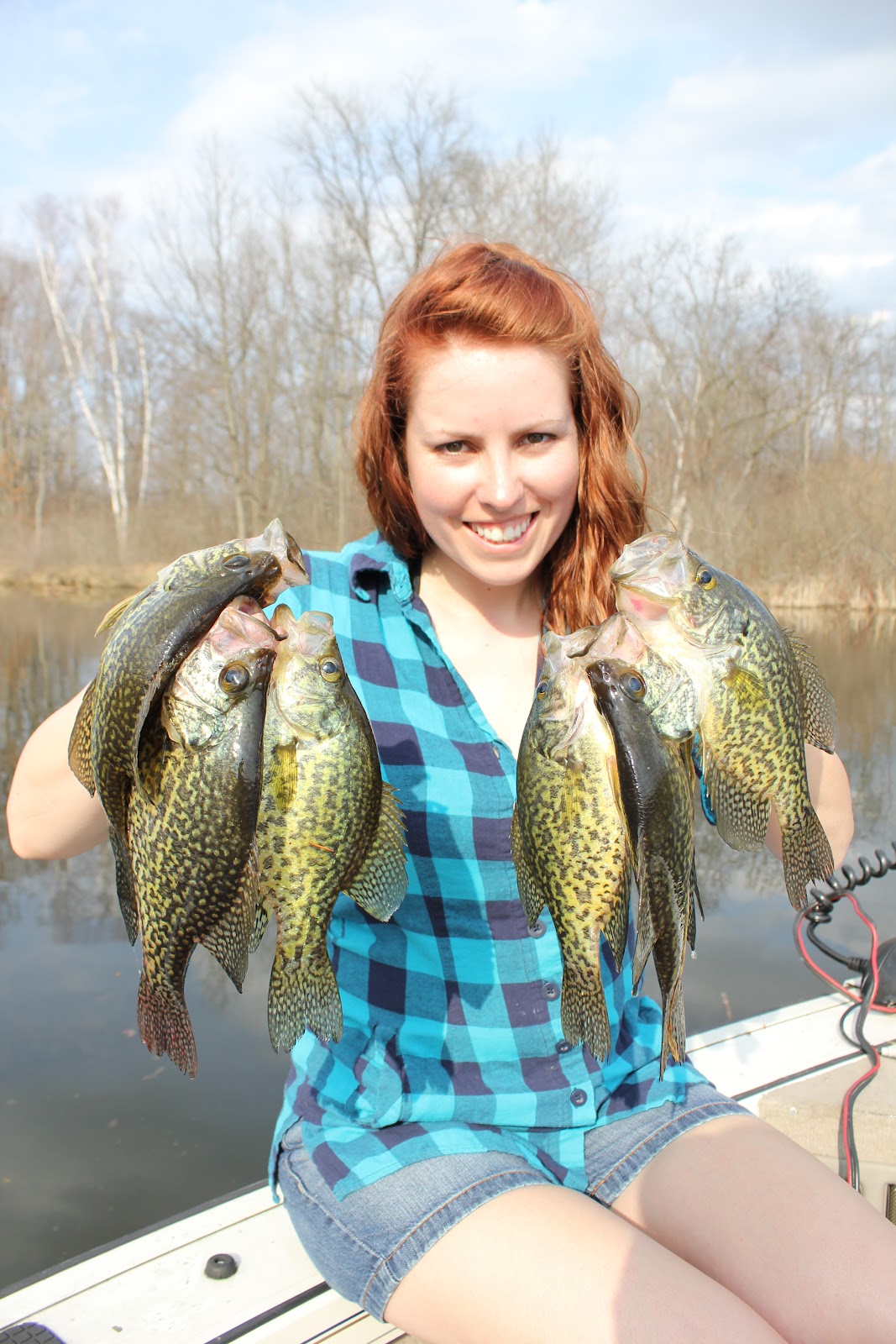 Some keepers for the boat owner!
As for yesterday, it was the first day of kayak fishing of the year – and for me it was like Christmas! After doing all the seminars on kayak fishing, I just couldn’t wait to get out. The day after the final bits of ice melted, it was Hobie time. I was out exploring water and searching for new weed growth and pan fish. I originally went out searching for crappie, but the usual crappie spot was loaded with people and I didn’t want to get right in there. Not far off the crappie hot spot, I successfully landed over 50 bluegills/pumpkinseeds and a couple of ‘cats! I was completely alone fishing there, because no boats could get in with how shallow it was. 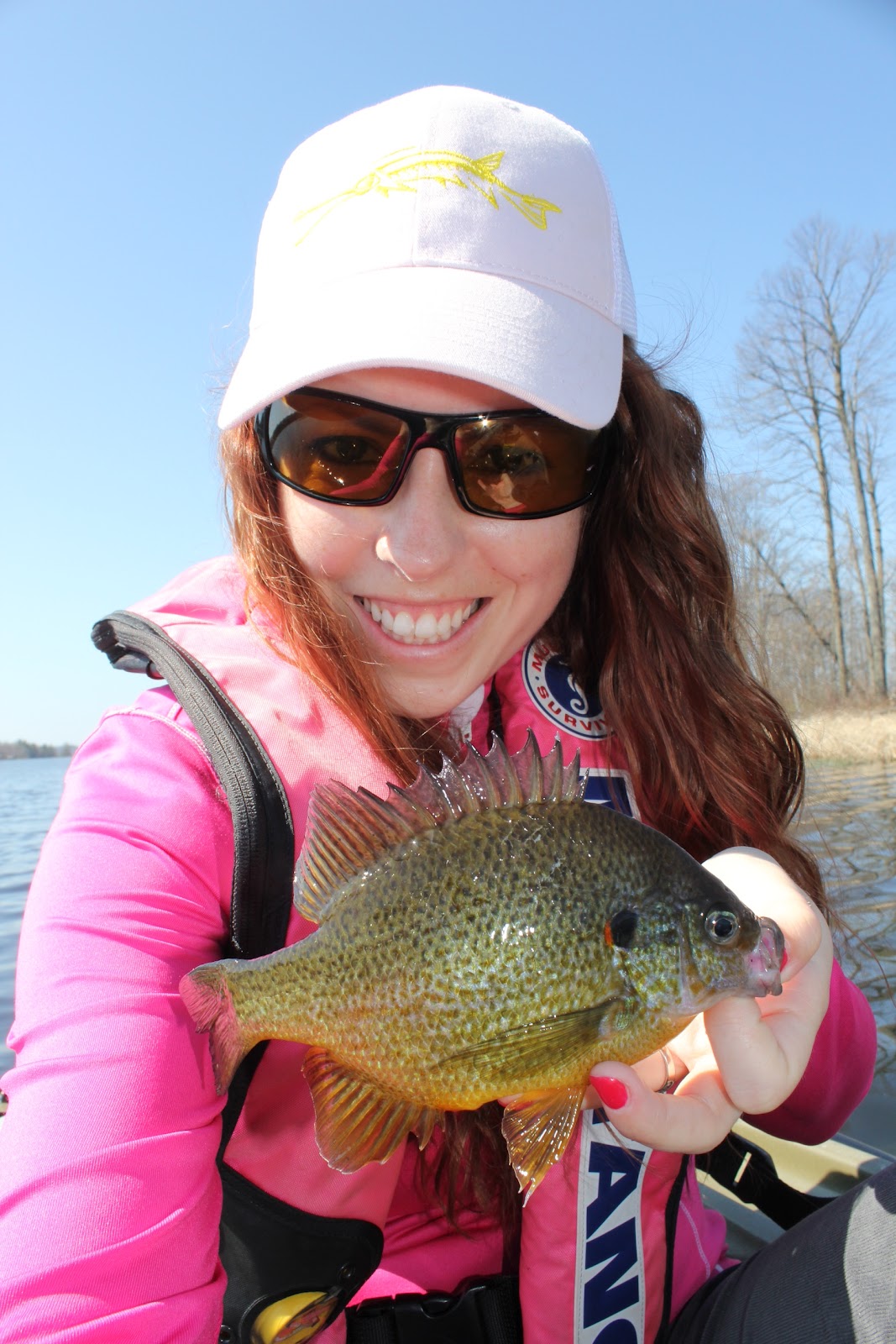 First kayak fish of the year! 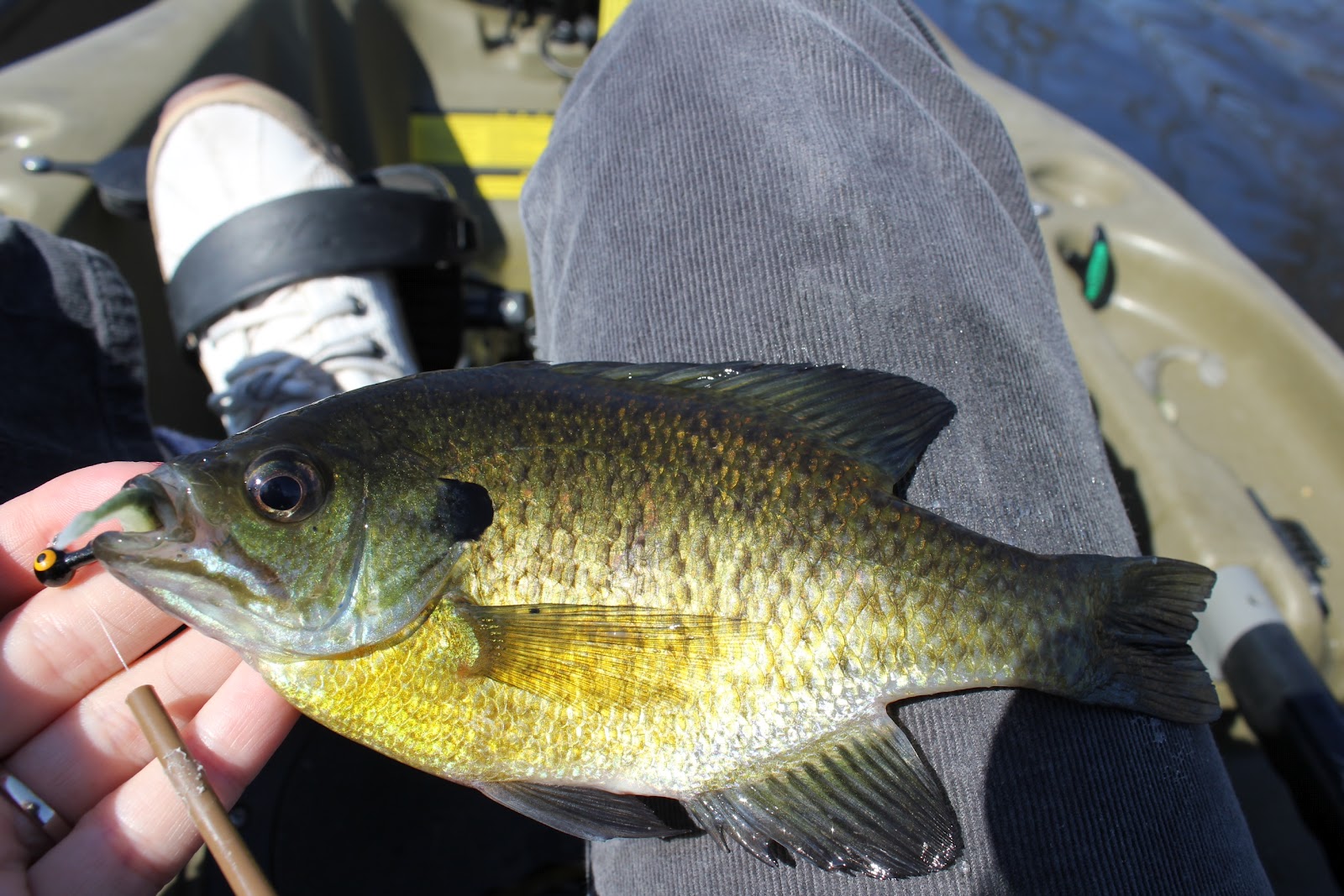 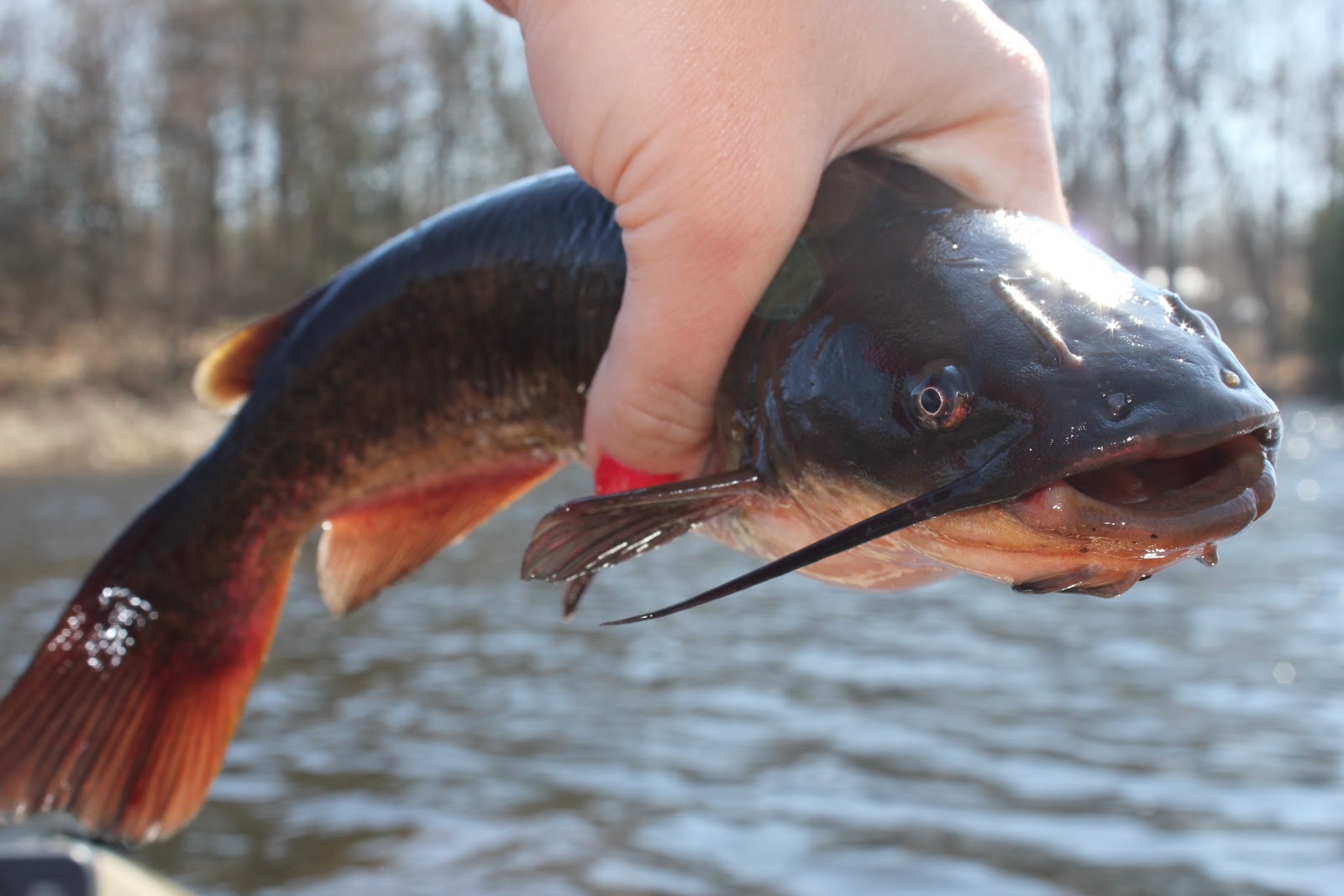 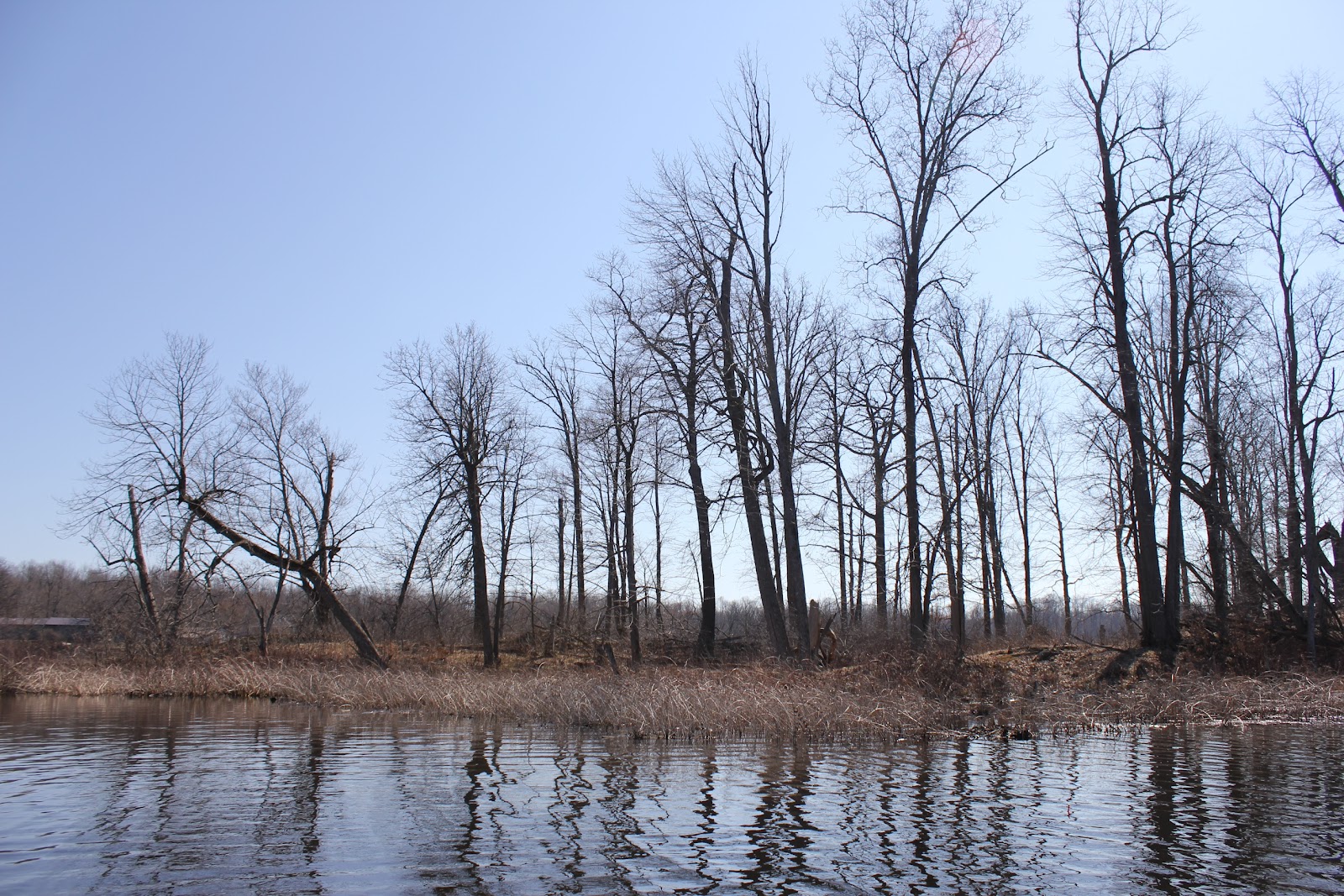 This was the type of area that held fish: new underwater weed growth, lily pads sprouting up, and water depth ranging from 1.5 – 4.5 feet. Fish were holding right at the edge of the dead grass, or even out on the open. I could see them busting the surface and it was helpful in locating them. I used a float with the 1/16th ounce jig and 1 inch emerald shiners and also some white swirl tail grubs. They were really interested in anything moving, and even tried to hit the float several times! 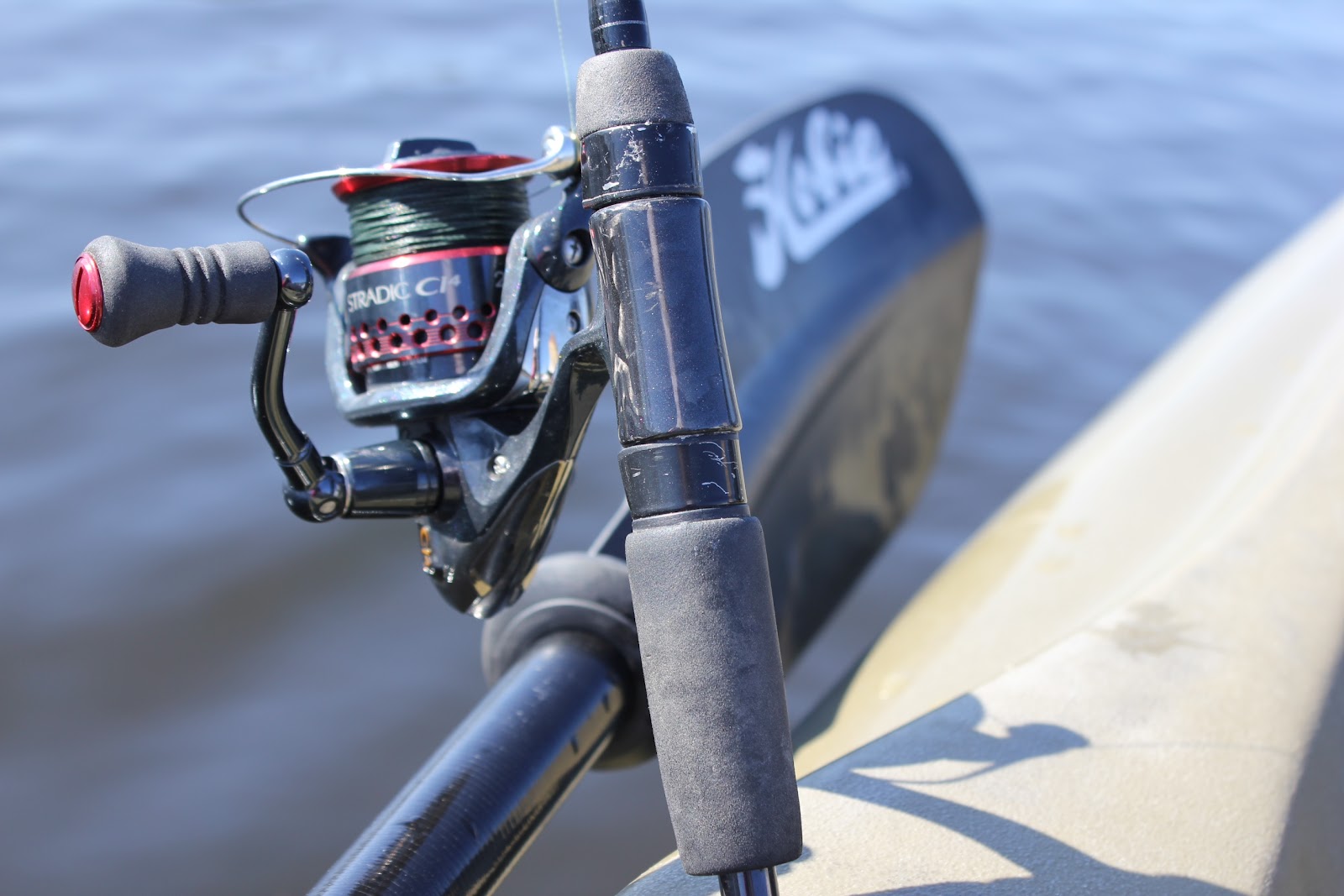 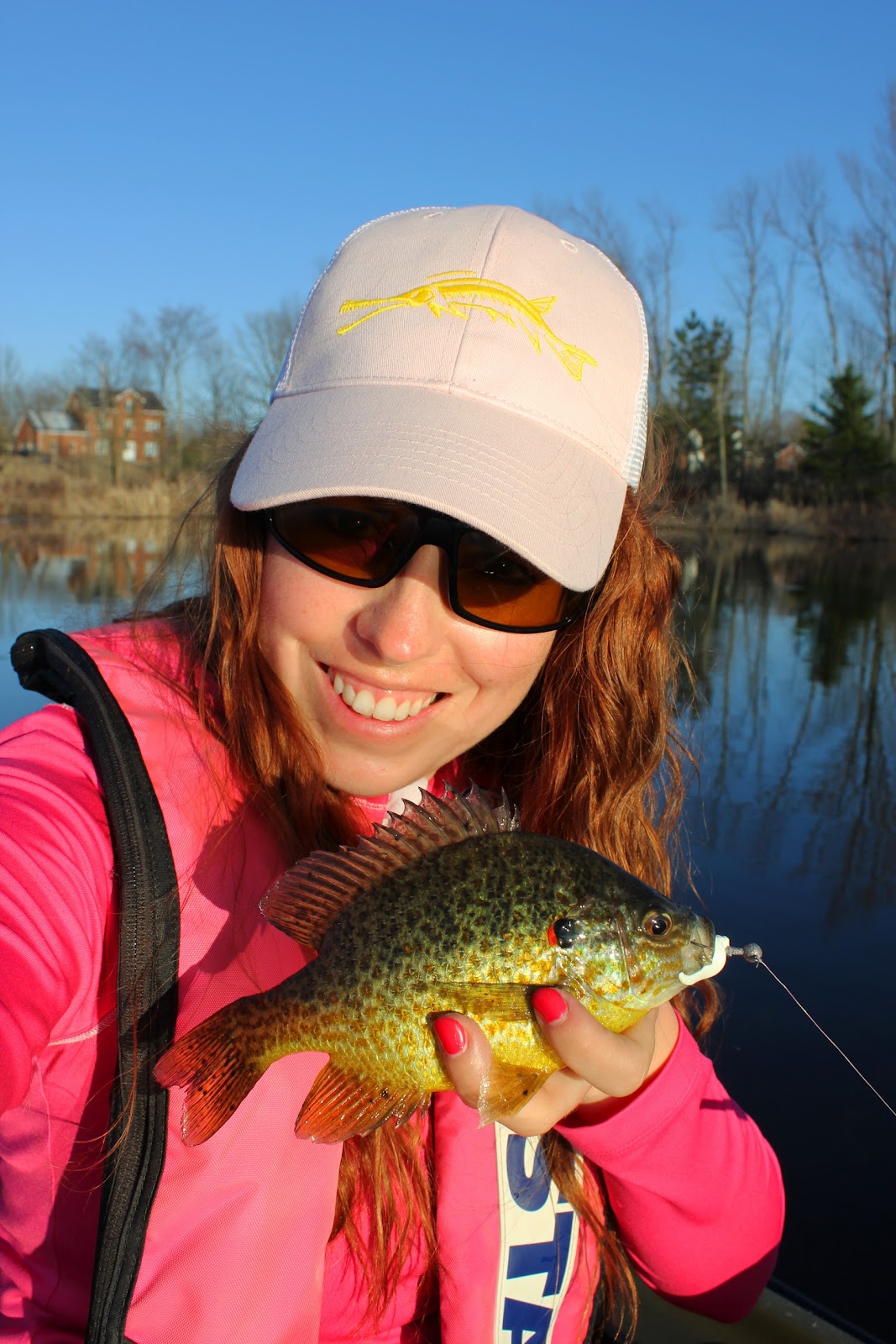 Two days on the water, and I am spent! Looking forward to a good nights sleep, aloe lotion and of course my next fishing adventure! Thanks for reading, as always!