Skip to content
Hit up the Bay of Quinte for a crappie trip on Thursday, and this time the weather was not as wonderful! It was more like March weather in fact, rightfully so. Single digit temperatures, and many layers of clothing later – some crappies and bluegills were caught! 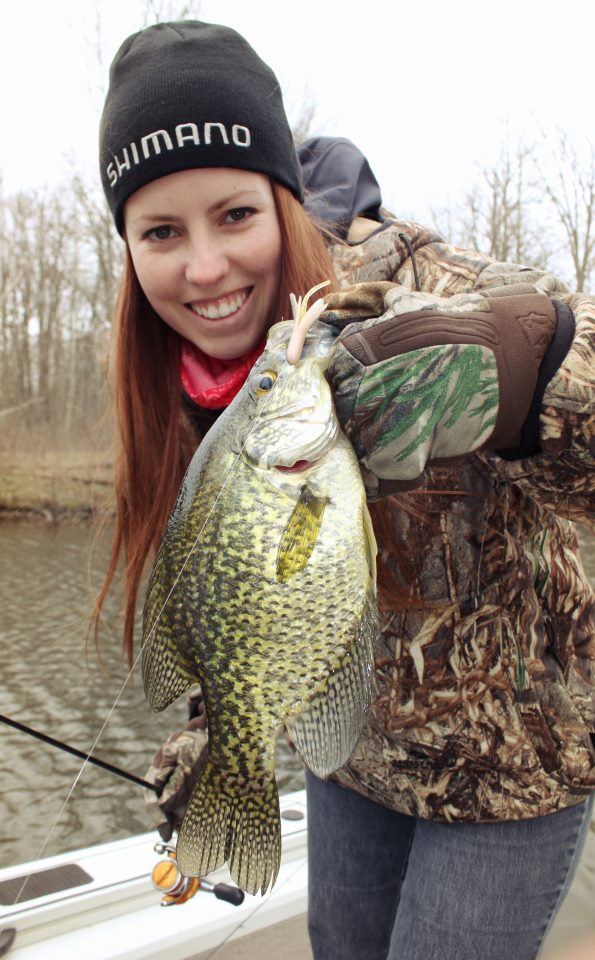 I actually caught my personal best crappie – just under 12 inches in length! It was my last fish of the day and fought a nice battle on the ultralight set-up I was using! 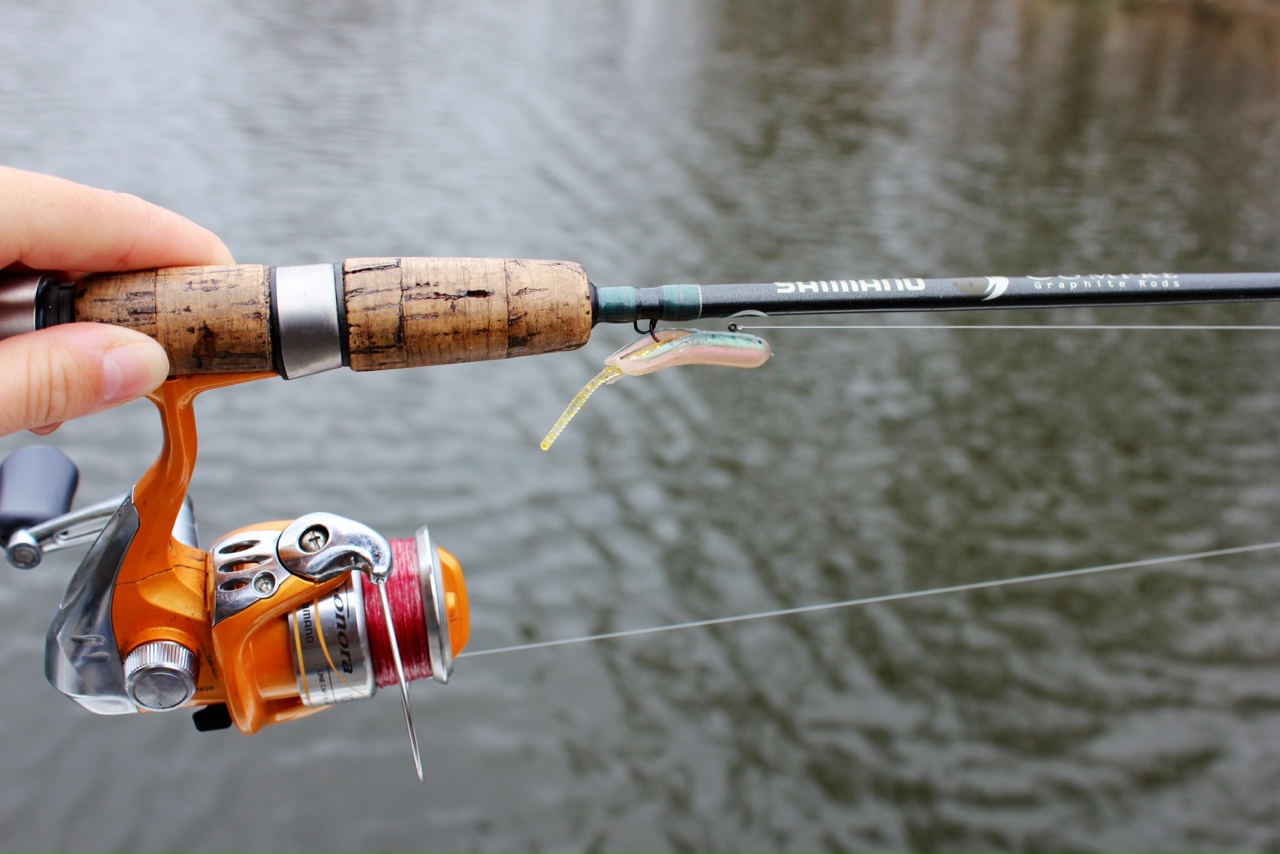 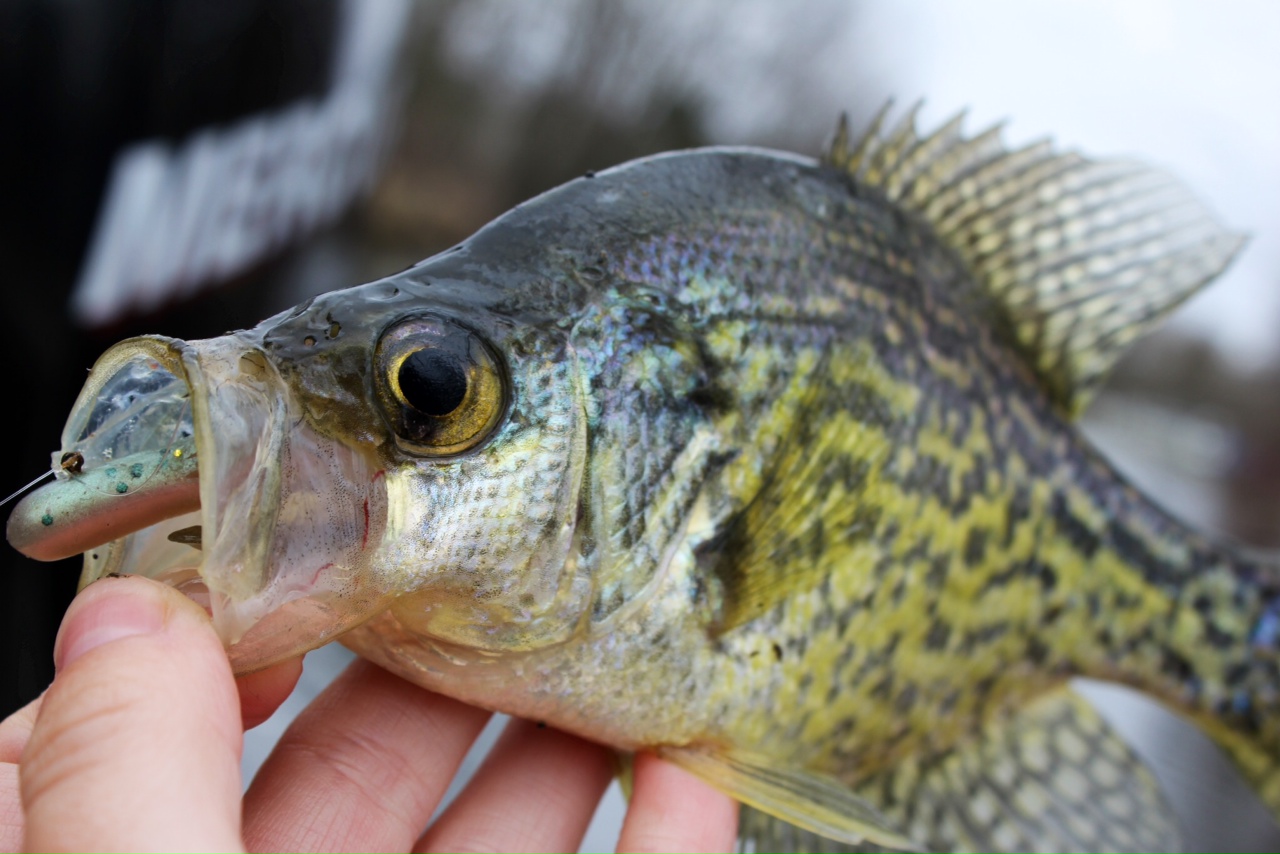 The sensitivity of the rod and reel matched with the braided line helped to detect those light bites as the fish were lethargic due to the colder temperatures. They weren’t hitting the bait hard as they were the last outing when the water was warmer. The float would barely move at times! The fish became a little more aggressive as the day went on.

The bluegills were way more active than the crappies, and it took us a little while to locate where the crappies were holding. When we did find them, it was pretty consistent catching in one spot (an over hanging tree, and water depth about 2-5 feet). I used a larger presentation this trip – a 1 inch tube and a slip float. The fish weren’t very active, so a slow/barely moving presentation peaked their interest. They didn’t want to work for it! 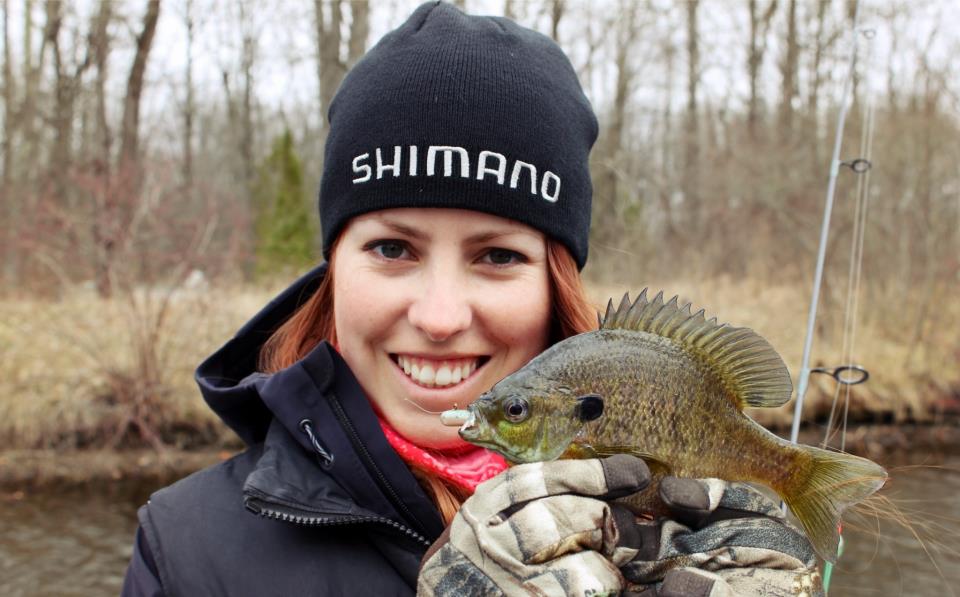 A nice bluegill!
I have been out targeting crappies a few times this spring and it’s been a great way to remedy the itch for fishin’ at this time of year. Although small, the panfish can put up a great battle on light set-ups! 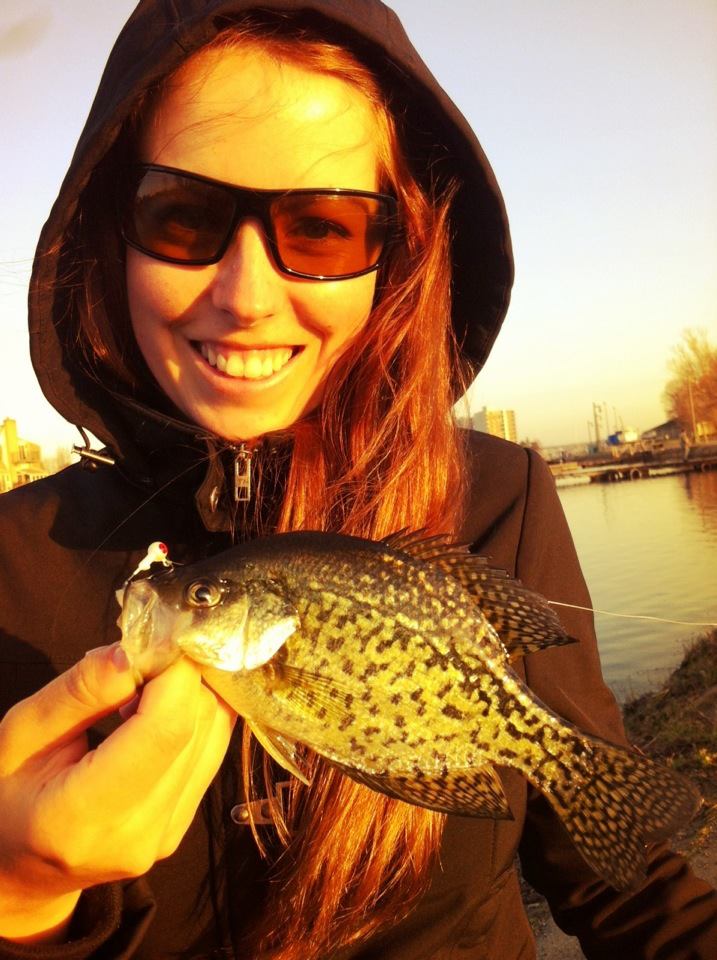 A few shore casts into the sunset – taken a week ago
The weather has been chilly, but I will keep you posted on my next outing! Have a great Monday 🙂