Skip to content
Since my last blog post a lot of changes have taken place. I have relocated to Ottawa, Ontario, where I am working and have enjoyed new fishing experiences with many more to come. This new home is definitely a multi-species fishery with many bodies of water around to explore. My heart still remains at ‘home’ in the Bay of Quinte area though, and I still make time to visit. After all… ’tis the season for trophy walleye in the land of the giants, and I can’t pass that up! 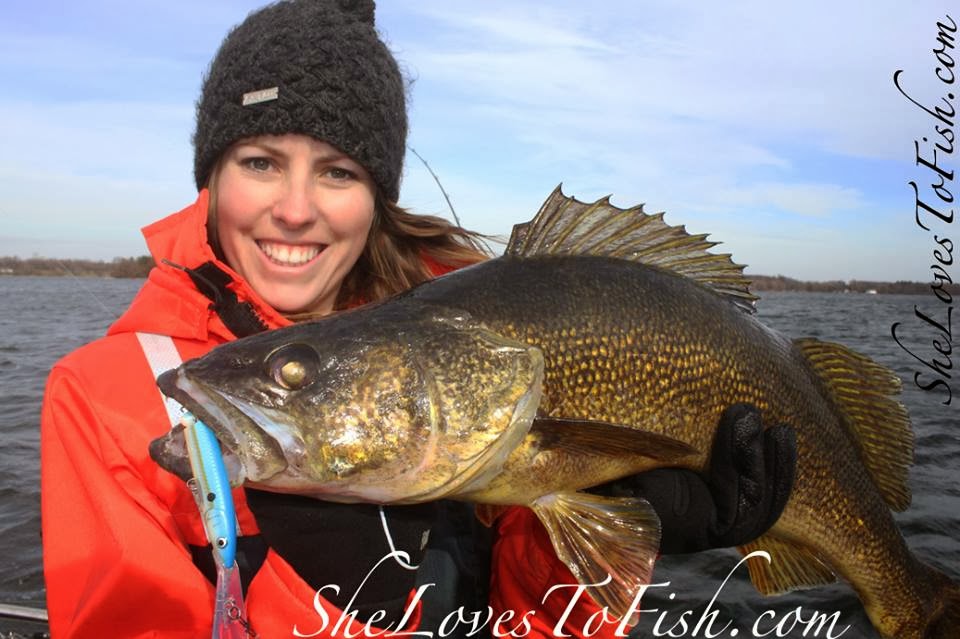 Photo by Jeff Chisholm
My recent trips back home have brought me aboard my friend Jeff Chisholm’s boat. Jeff is a local walleye expert and we share many trips each year on the boat and on the ice. The above photo was from a trip home in November where I spent two days on the water trolling for walleye. Many people view trolling as a ‘boring’ way to fish, but with massive suspended walleye on the Bay, there’s definitely a science to this type of trolling that can pay off with fish of a lifetime!
The Rapala Hydros Trolling line counter reels indicate how many feet of line is out, which helps to get the lures down to the desired depths for these suspended beasts. Off Shore Tackle planer boards keep the lures in line and organized while running several lines at once off the boat, also providing a visual when a fish is ON! The Rapala Jointed Deep Husky Jerk (size 12) in Purpledescent and Blue Shad were successful on recent trips home, as seen above!
My last open water trip of the year happened just last weekend, also known as the coldest weekend of my life! This trip was planned well in advance, as a weekend photo shoot with the amazing Chris Irwin. Chris is a renowned fishing photographer and has captured images of the likes of Kevin VanDam and other elite anglers. It was a pleasure being in his presence and in front of his camera. I will share some of his images with you when I can. In the meantime, here are some images from my camera: 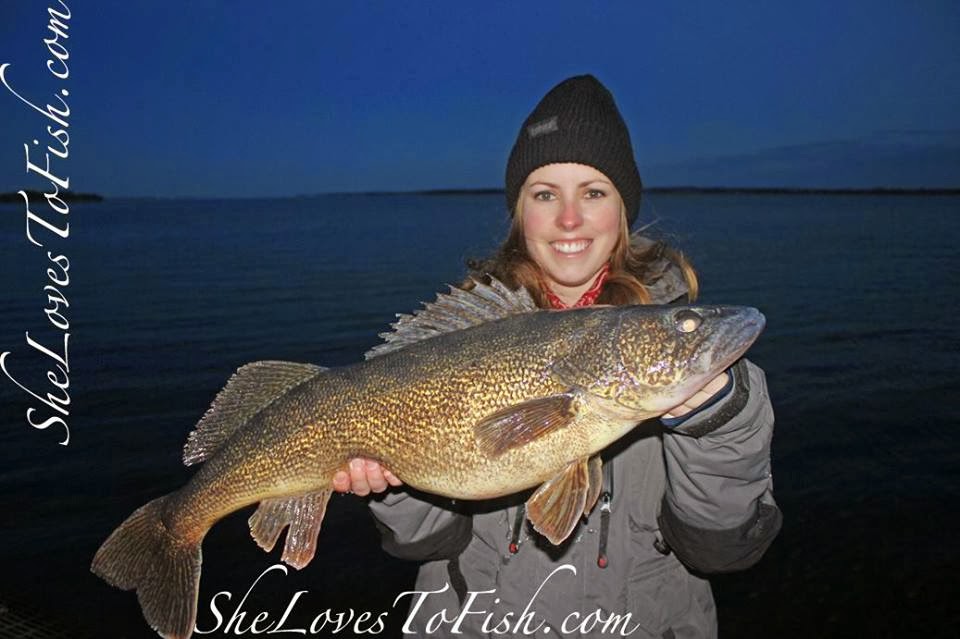 Coldest day of fishing I have experienced…. open water, -25C windchill and I hand-bombed this fish in bare-handed when two lines got tangled. Two-hundred feet of line later… on braid, I boated in this beast! Well worth the battle! 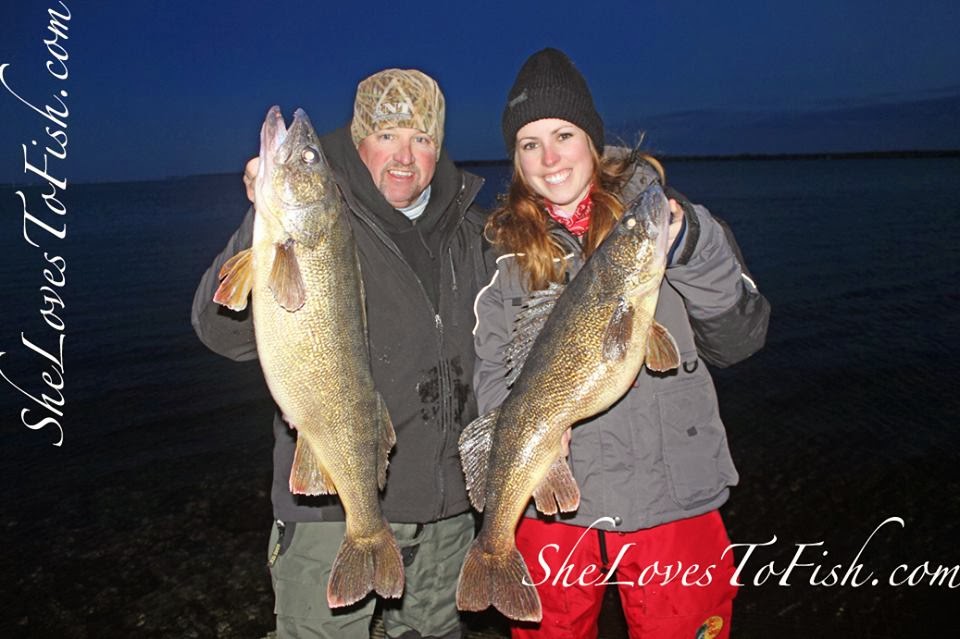 Chris Irwin and myself, with a couple of Bay of Quinte walleye! Rosy cheeks and noses but our smiles say it all! It was a great day of fishing.
This trip with Chris was meant to be a weekend-long photo shoot, but with the forecast calling for 50km gusts on the Saturday, we were forced to cancel. Back to Ottawa I went, and hit the ice! It was a first for me to fish open water and ice in the same weekend. 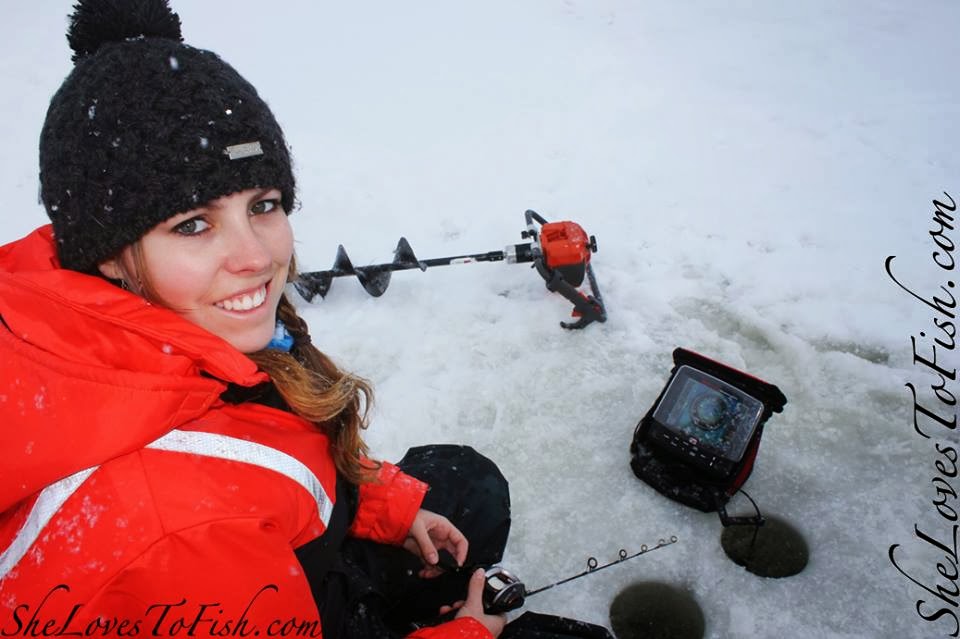 Getting a winter tan…. life is good! 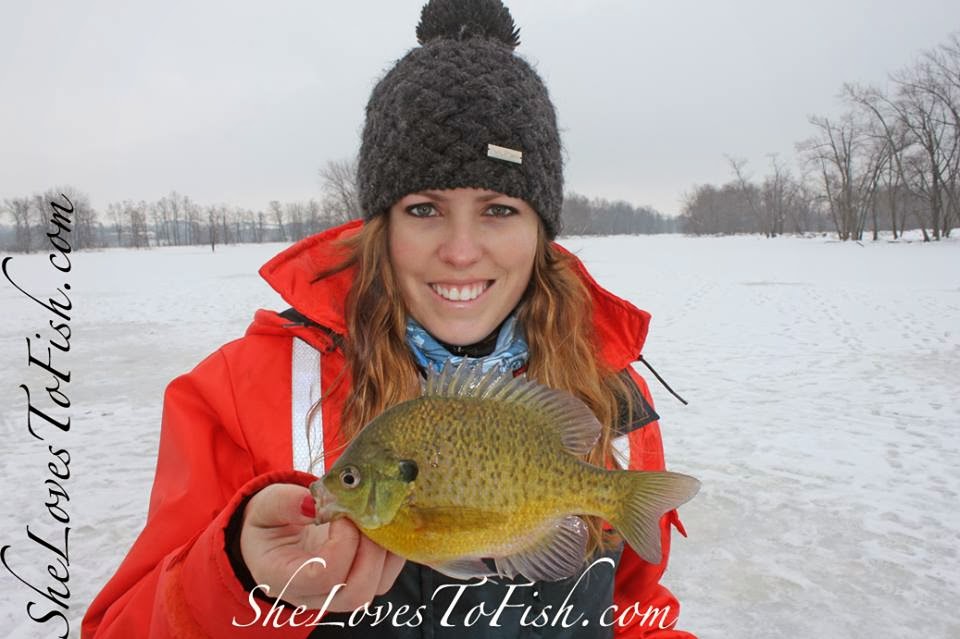 The Ottawa River has been treating me well with walleye, bluegill and crappie through the ice!
For bluegill and crappie I have found success with 1/16th ounce jig heads and tiny grubs on my Rapala R-Type ultralight. Fishing in 20 feet of water with 3 pound test, I marked fish both on bottom and suspended on my MarCum flasher. The suspended fish (in approximately 10 feet of water) were more aggressive and competing for my jig, while the fish on bottom were lethargic and wouldn’t rise up to take the bait.
For the walleye, I stepped up my game a bit using my R-Type medium heavy set-up with Snap Raps and Rippin’ Raps tipped with a live minnow. The water is silty and stained, so the Firetiger Rippin’ Rap has been most effective in calling the fish in. They were hitting it so aggressively that I stopped using live bait and didn’t notice any hesitation in these frisky walleye!
I look forward to targeting some new species through the ice in the weeks to come, such as; splake, rainbows and (hopefully) brown trout. Join me on Facebook to follow my current fishing adventures!
Thank you for stopping by!