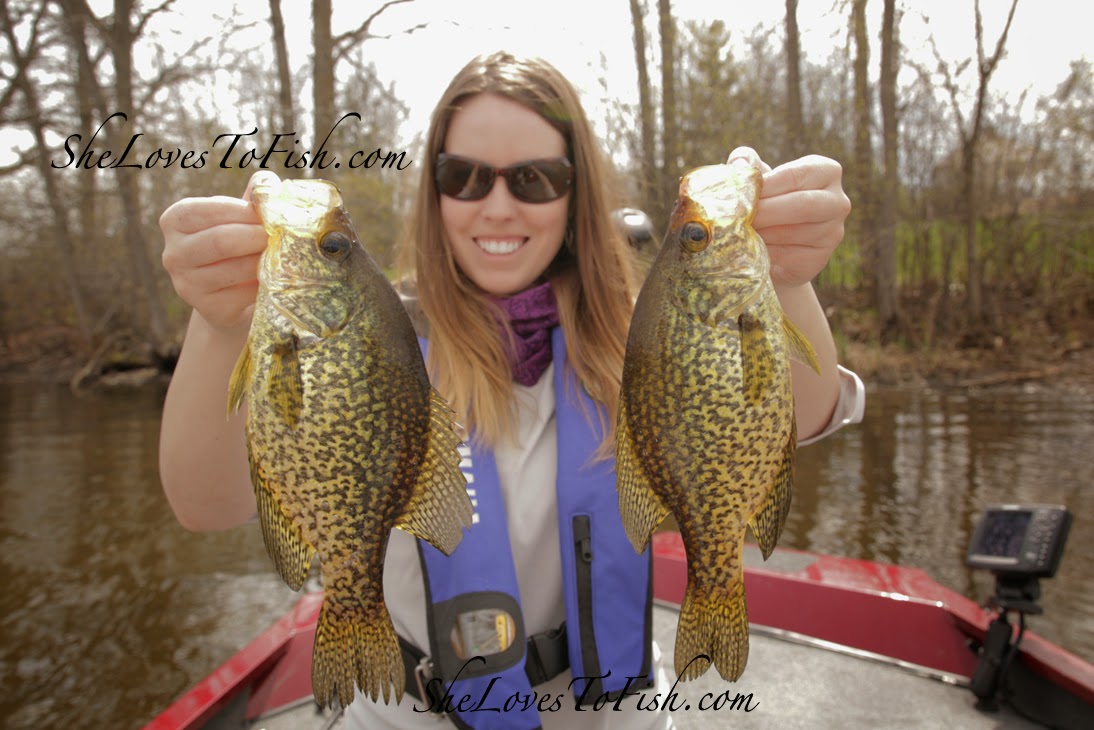 A pair of Black Crappie caught and released on the Rideau River, in Ottawa.

It was a gorgeous weekend in Ottawa, but it was also a very windy one with gusts up to 45km per hour on Saturday. Wind can make it challenging for anglers to stay on one spot or even cast at times. Fortunately the Rideau River in Ottawa has a lot of covered areas that provide some shelter from the wind. Even in these areas the wind ripped through at times, so using my Minn Kota Talon (shallow water anchor) was a staple in what made a day on the water possible. Exploring the shallows, we searched for signs of emergent weed growth and dark bottom (the perfect recipe for black crappie habitat in the spring)! 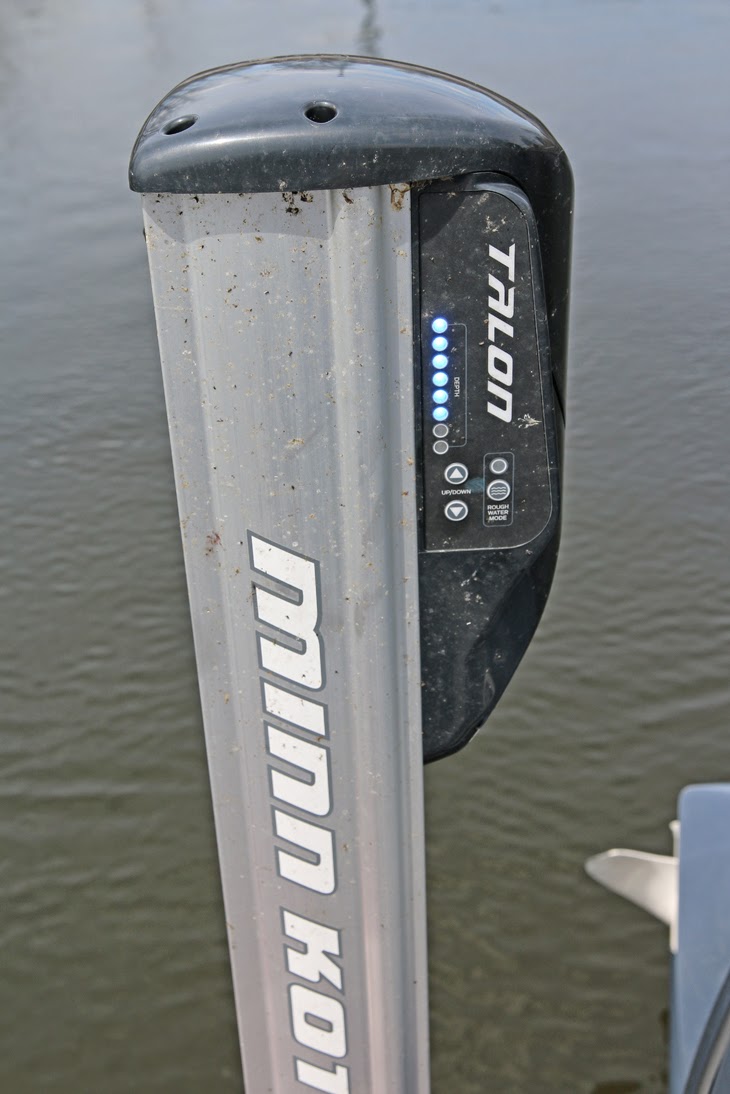 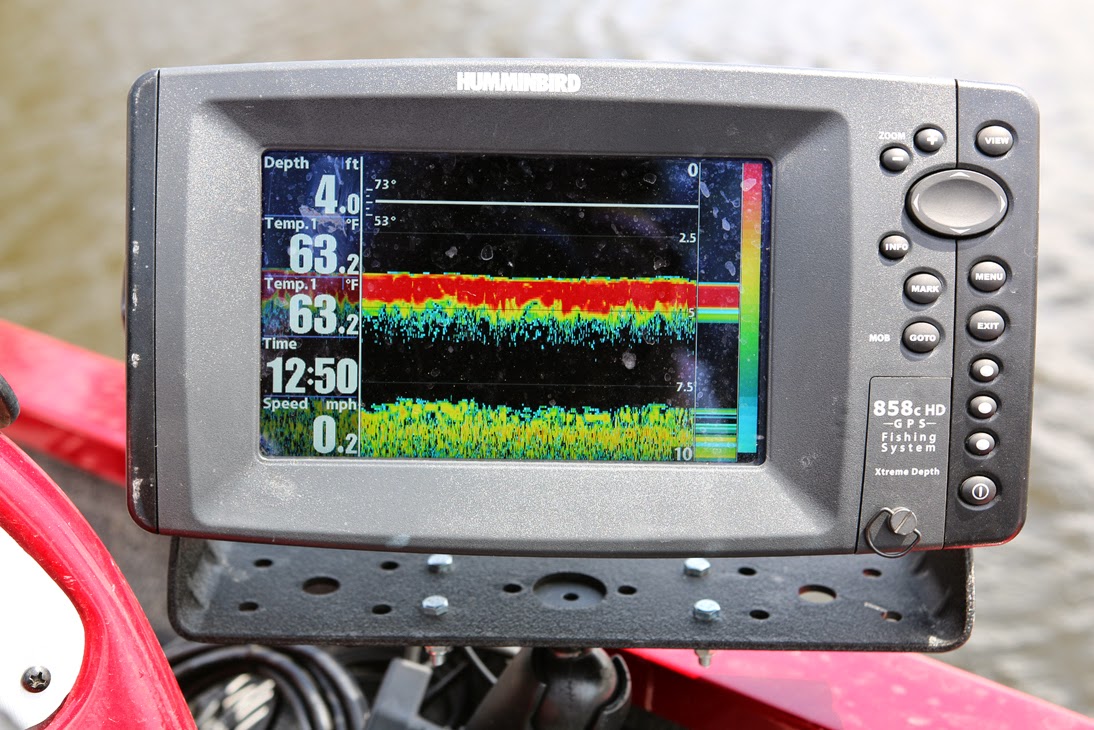 We checked a few spots on the river that looked promising, but decided to keep moving due to the amount of anglers crowded in these areas. On such a windy day, everyone was focused on finding shelter. We finally found a bay that we would have all to ourselves. The water temperature looked good, weeds were present along the edges and within a couple casts, we were into the crappies! I positioned my Alumacraft in the middle of the bay and put the Talon down to prevent from blowing over top of the weed clumps which were holding fish. There wasn’t a lot of weed growth present, so I didn’t want to take any chances on spooking the fish.
I started off using a 1/16th ounce pink jig head, tipped with a Trigger X Medium Maggot under a float as I was using on Friday evening while fishing from shore. Friday’s fishing trip resulted in several blue gills and pumpkinseeds but only a few crappie, so I was hopeful to get into a number of crappie the following day. 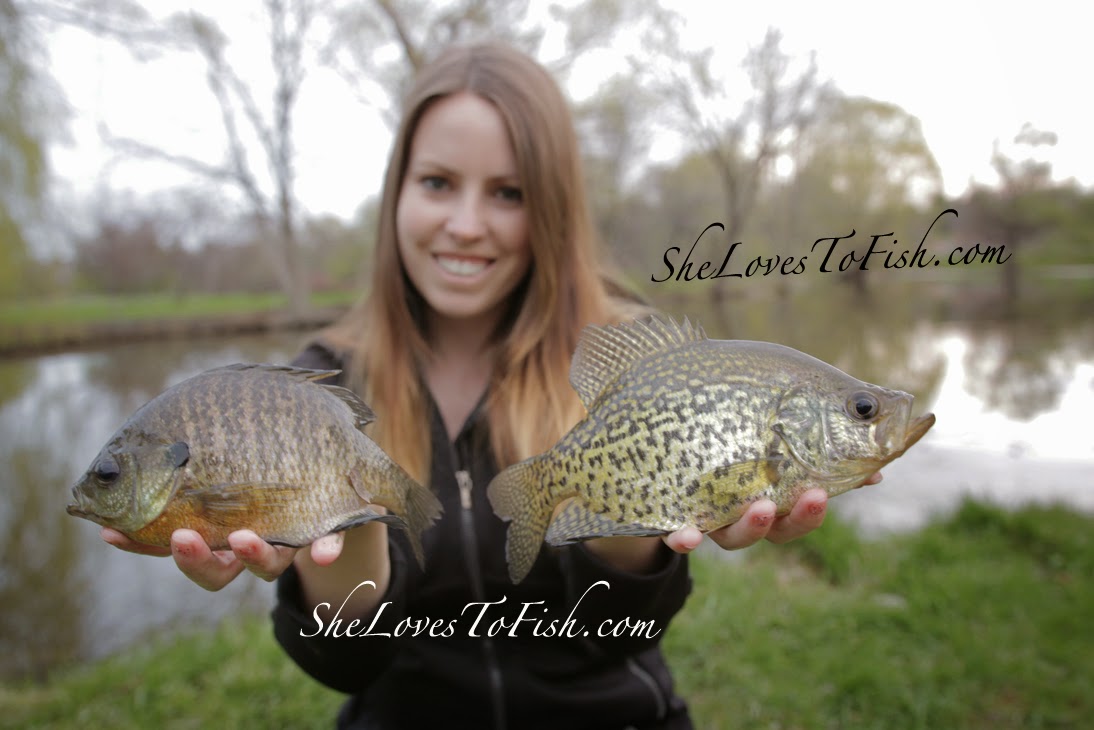 Panfishing from shore on Friday evening in Ottawa.
After landing a number of crappies on Saturday, I decided to upsize my presentation in hopes of upsizing my fish! The day was already a success, but it’s always fun to target the bigger ones! 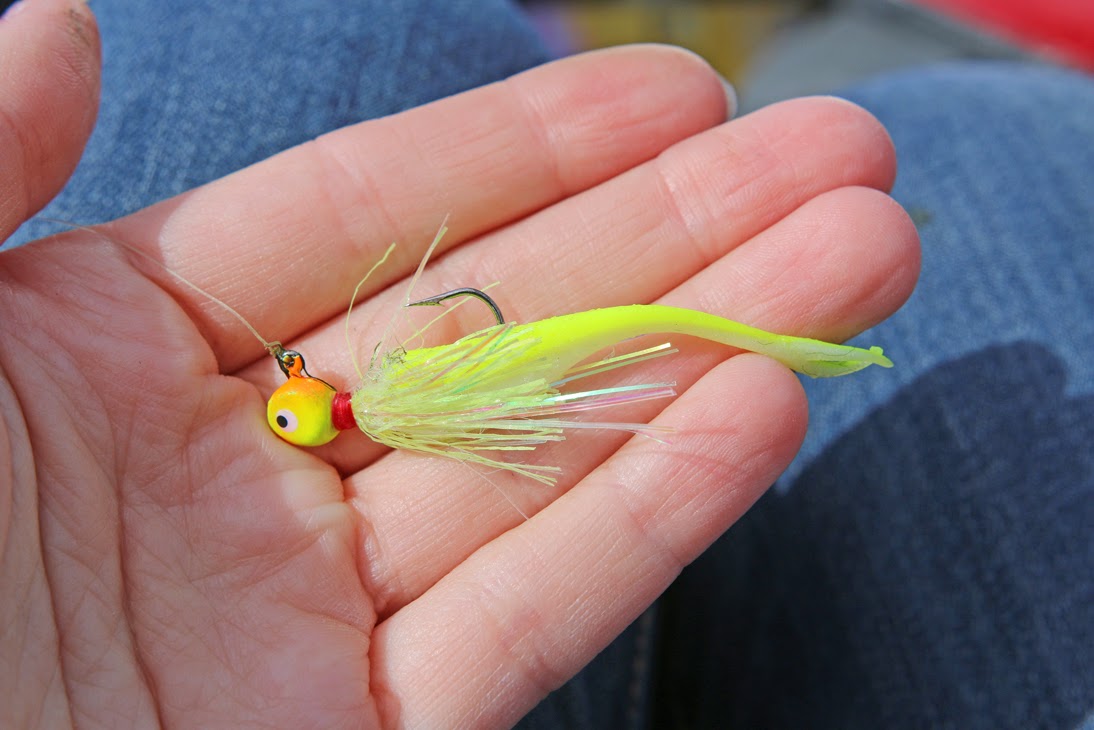 I tied on a 1/16th ounce VMC Hot Skirt Jig in chartreuse/orange and tipped it with a 3 inch Trigger X Minnow in chartreuse glow but trimmed the minnow down to fit the hook. I was still using a float as it’s the best way to detect these light bites. Crappie feed upwards, so it’s important to be able to see any movement on such light line and a float is the perfect indicator. Even the slightest twitch of the float can mean a fish is on! 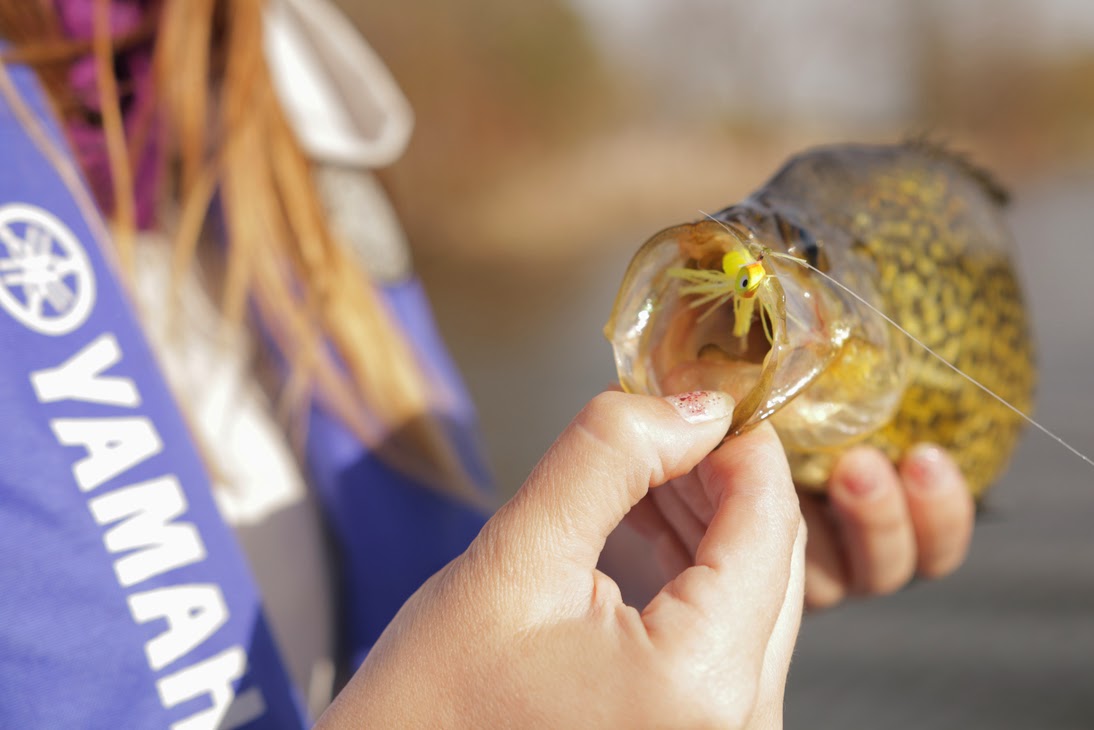 Needless to say, they were inhaling it!
My rod set-up: A 7’2″ Rapala Concept spinning medium light, extra fast on a Shift 2500 size reel with 8 pound Sufix fluorocarbon line. 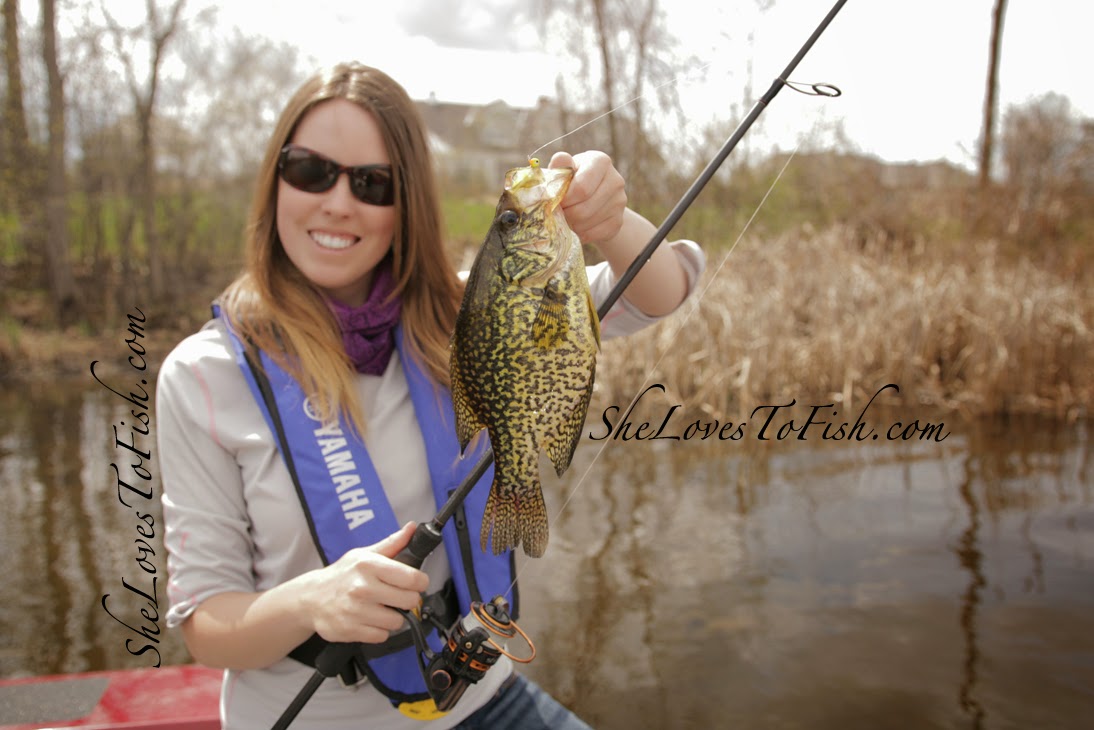 It was an incredible day of crappie fishing with the most crappie I’ve ever landed and a great start to spring! The Rideau River is loaded with black crappie and several other species, it almost reminds me of home on the Napanee River. Spring is my favourite time of year with so many fish to target in Ontario, I can’t wait to get out again! I live for multi-species fishing and look forward to writing about more upcoming adventures!
Good luck out on the water and be safe!
Ashley